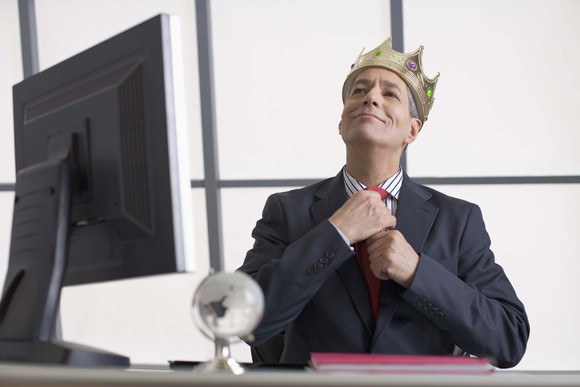 Think You’re an Expert at Investing? This Simple Test Can Provide an Answer

A Nobel laureate’s book on cognitive errors offers a quick test anyone can benefit from.

Want to know if you’re any good at investing? Pull out a sheet of paper and a pen — this will only take a minute.

On a scale of one to 10 — with one being worse than a dart-throwing monkey, and 10 being uber-talented — how would you rate yourself as an investor?

Write your answer down. We’ll come back to it in a minute.

How easily could you remember an investing success?

This phenomenon is widespread — and probably happened with the question you answered above. Well over half of you rated yourself above a five.

That’s because when we hear this question, we fall victim to the availability heuristic. In his book Thinking, Fast and Slow, psychologist Daniel Kahneman, a Nobel laureate, defines this as being asymmetrically affected by “the ease with which instances come to mind.”

If it’s easy for you to remember the thrill of a stock moving up sharply — or the time you maneuvered your car safely through a near-accident — you’ll give that memory more weight than you should. That causes you to be overconfident. You don’t stop to consider all the times that you made mistakes or that others performed even better. In the investing world, that can lead to a host of problems.

How to correct for this overconfidence

Seeking to study how deliberate thinking could change our knee-jerk response to such questions, German researchers added a twist to such self-evaluations. First, respondents were asked to list real-life instances where they were assertive. One group was asked to list six such instances, while another had to come up with 12. After they finished, they were given a chance to evaluate how assertive they were on a scale of one to 10.

As Kahneman wrote, “The contest yielded a clear-cut winner: People who had just listed 12 instances rated themselves as less assertive than people who had listed only six.” Instead of giving a single example undue weight, “participants make an inference: If I am having so much more trouble than expected coming up with instances of my assertiveness, then I can’t be very assertive.”

So let’s take this idea and apply it to your investing prowess. Write down 12 successful investments that you’ve made.

Forced to do this on the fly, I can only come up with four real examples. My investments in Amazon, Alphabet, Facebook, and Starbucks are probably responsible for over 90% of any success I’ve had as an investor. Without my portfolio pulled up in front of me, everything else seems murky.

After finishing, take a moment to reevaluate your investing prowess. Write down again how you would rate yourself as an investor, on a scale of one to 10.

But wait, we aren’t done yet!

For many of you, your score went down. That’s a good thing. It means you got a clearer, more realistic, and sobering view of your investing skills. That means you’ll be more deliberate the next time you buy a stock, and consider both the potential risks and rewards more carefully.

But there’s one more twist.

Researchers at UCLA wanted to see if those who had more skin in the game would be as likely to fall victim to the availability heuristic. They recruited two groups of students — one with no family history of heart problems, and one with such a history. When they asked these students to list 12 examples of heart-healthy behaviors they were practicing, a funny thing happened.

As expected, those with no such family history rated themselves as having a higher level of risk — the more difficult it was to come up with healthy examples, the more at-risk these students felt. But the opposite was true for those with a history of heart problems.

As Kahneman wrote, “The students with a family history of heart disease … felt safer when they retrieved many instances of safe behavior.” The ease of retrieval was the determining factor for the first group, but it “was replaced by a focus on content [emphasis added]” with the second group.

So are you an expert?

Surprisingly, this means that your absolute rating of investing prowess isn’t what’s important. Instead, it’s the difference between your first and second rating. If it is the same or went up, you’re likely closer to an expert than you think. If it went down, you still have work to do.

According to Kahneman, this likely means you fall into a potentially dangerous category: those who are “knowledgeable novices on the topic of the task, in contrast to true experts.”

Where did you fall?