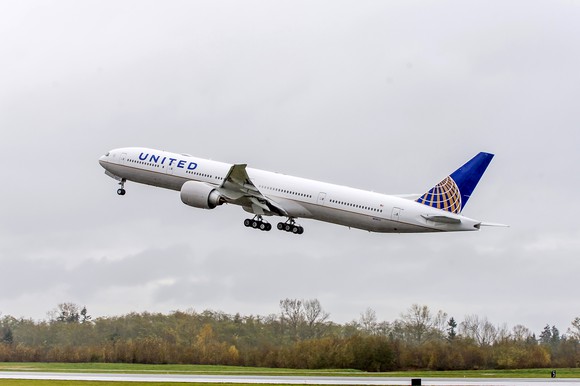 A scandal can ruin a company, but in many cases, it fades with time.

It’s never good when, in the midst of a public-relations disaster, your CEO has to issue a second apology because his first one was not good enough. That’s what happened to United Continental Holdings Inc’s (NYSE:UAL) CEO Oscar Munoz in the wake of the company’s scandal, in which a passenger was violently dragged off a United Airlines flight in order to make room for airline personnel.

The CEO’s initial response had been to defend his company and cast blame on the passenger. He changed his tune, however, after video of the incident went viral and an outraged public demanded a better response.

“It’s not so much what I thought, it’s what I felt. Probably the word ‘ashamed’ comes to mind,” Munoz told ABC’s Good Morning America. “That is not who our family at United is. And you saw us at a bad moment.”

Munoz backpedaled and made remarks that, after his initial comments, seemed less than sincere. Still, while the outrage over United’s actions is loud, the actual impact may be small. The company saw its stock drop by about 1%, but that post-scandal dip still left the share price higher than its low point for April.

United’s actions were bad, and its CEO’s response didn’t help, but compared to many other corporate scandals, this one is relatively minor. These five companies had scandals that were even bigger, and many of those colossal blunders were overcome — or at least forgotten — with time. 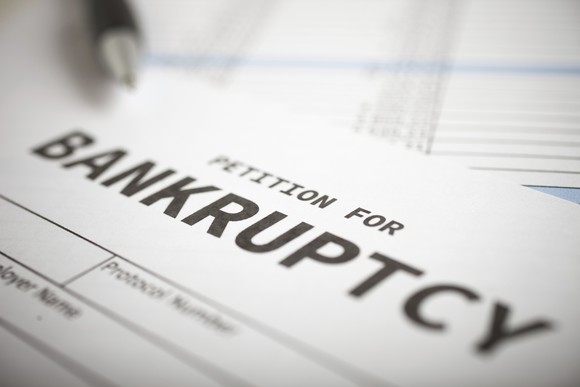 The fall of Enron was spectacular and showed that, no matter how successful a company appears to be, looks may be deceiving. Instead of merely putting a positive spin on bad news, the company’s CEO Jeffrey Skilling had found a way to hide financial losses, using a process called “mark-to-market accounting,” according to Investopedia.

“This is a technique used when trading securities where you measure the value of a security based on its current market value, instead of its book value. This can work well for securities, but it can be disastrous for other businesses,” wrote the website.

Enron used this technique to build an asset and then immediately claimed its projected profit, even if no actual dollars had been realized. “If the revenue from the power plant were less than the projected amount, instead of taking the loss, the company would then transfer these assets to an off-the-books corporation, where the loss would go unreported,” according to Investopedia. It was a type of accounting that let the company write off losses without hurting its bottom line.

At some point, though, that type of dubious bookkeeping catches up to you, and when it did, Enron collapsed like a house of cards in a hurricane. The company went bankrupt in 2001 and was delisted from the New York Stock Exchange the following year. Skilling was convicted of multiple felonies in 2006 and is still serving jail time.

If this sounds like the tale of a greedy corporation getting its just deserts, bear in mind that Enron’s sudden collapse cost thousands of employees their jobs — and cost shareholders more than $60 billion. 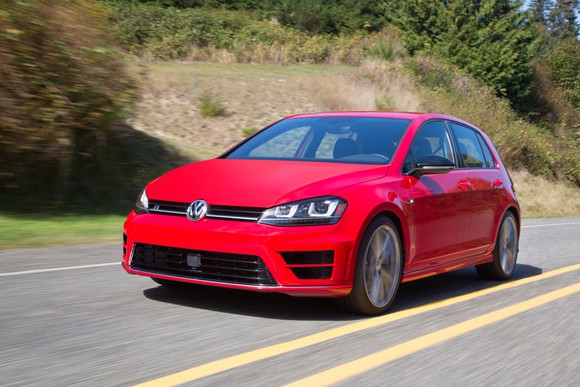 THE CHALLENGE FOR THE COMPANY IS WHETHER CONSUMERS WILL TRUST WHAT IT SAYS ABOUT ITS CARS. IMAGE SOURCE: VOLKSWAGEN.

While United showed bad judgment in both the recent incident and the CEO’s “apology,” Volkswagen (NASDAQOTH:VLKAY) actually undermined the credibility of its core product. The company was accused of, and later admitted to, rigging about 500,000 of its cars so they would pass emissions tests in the United States.

That forced the company to settle with the U.S. Department of Justice (DOJ), the State of California, the U.S. Federal Trade Commission (FTC), and a group of private plaintiffs. The company agreed to establish a pool of $10.3 billion to allow customers who owned the affected vehicles to have their leases terminated, or their cars bought back. In addition, according to a press release, VW settled with attorney generals in 44 states, Washington D.C., and Puerto Rico, for $603 million.

We appreciate the constructive engagement of all the parties, and are very grateful to our customers for their continued patience as the settlement approval process moves ahead. We know that we still have a great deal of work to do to earn back the trust of the American people. We are focused on resolving the outstanding issues and building a better company that can shape the future of integrated, sustainable mobility for our customers.

Volkswagen only reached its settlement deal in June, so its ultimate fate remains undecided, but these actions must certainly give consumers pause. 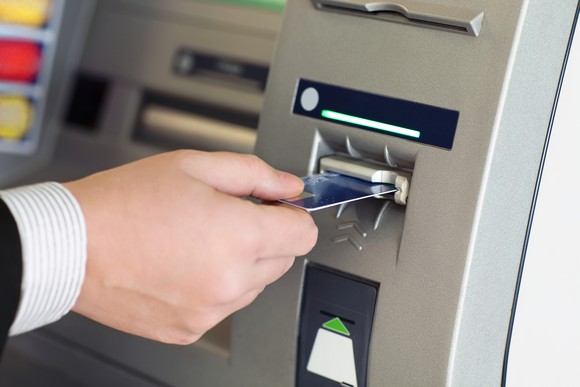 Wells Fargo (NYSE:WFC) forced out a number of top executives and accepted the “retirement” of CEO John G. Stumpf after it was revealed that the company’s employees, in their efforts to meet sales goals, had created millions of accounts that were not authorized by customers. The company commissioned a report on the scandal by its independent directors, along with an outside company, and came to the following conclusion:

The root cause of sales practice failures was the distortion of the Community Bank’s sales culture and performance management system, which, when combined with aggressive sales management, created pressure on employees to sell unwanted or unneeded products to customers and, in some cases, to open unauthorized accounts. Wells Fargo’s decentralized corporate structure gave too much autonomy to the Community Bank’s senior leadership, who were unwilling to change the sales model or even recognize it as the root cause of the problem. Community Bank leadership resisted and impeded outside scrutiny or oversight and, when forced to report, minimized the scale and nature of the problem.

Shares in the company fell in value when the scandal first came to light in September, but as of this writing, Wells Fargo stock trades well above where it was before the fake accounts were first disclosed. 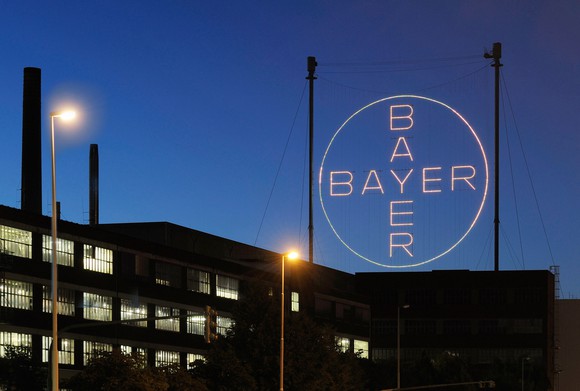 In the 1980s, Bayer AG (NASDAQOTH:BAYRY) was accused of selling HIV-contaminated blood products to hemophiliacs, thousands of whom later died of AIDS. The company later paid out tens of millions in euros to settle the cases, according to CBS News, though it did not specifically admit wrongdoing.

The company was accused of ignoring U.S. federal law and recruiting “prisoners, intravenous drug users, and high-risk gay men as donors of the blood Cutter then used to make Factor VIII and IX, the clotting product that hemophiliacs need in order to not bleed to death,” according to CBS. 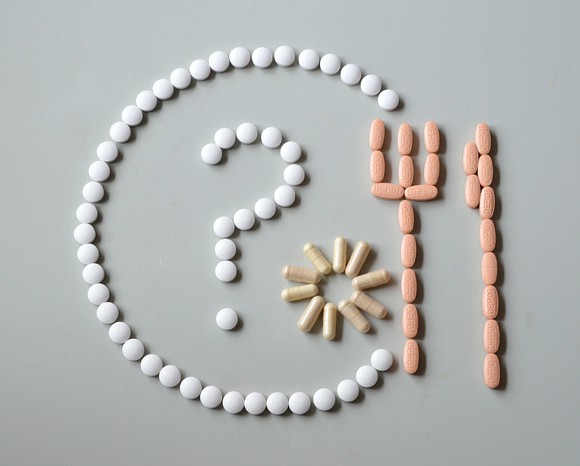 TURING IS ONE OF THE MORE VISIBLE DRUG COMPANIES ACCUSED OF PRICE GOUGING. IMAGE SOURCE: PIXABAY.

While it’s only one of a few drug companies accused of price-gouging over the past few years, Turing Pharmaceuticals arguably became the best-known for the practice. The company purchased the drug Daraprim in 2014. The medicine, used primarily to treat the parasitic infection toxoplasmosis, had been on the market for over 60 years at that point.

In 2015, Turing raised the price from $13.50 per pill to $750, according to The New Yorker. Daraprim, it noted, can keep unborn babies and people with HIV and AIDS from dying if they use it to combat toxoplasmosis.

The company’s then-CEO Martin Shkreli now faces unrelated fraud charges. Turing still exists and has attempted to distance itself from the scandal, noting on its website that it “has put in place programs to assist and support those people who may have difficulty affording their medicines.”

10 stocks we like better than United Continental Holdings
When investing geniuses David and Tom Gardner have a stock tip, it can pay to listen. After all, the newsletter they have run for over a decade, Motley Fool Stock Advisor, has tripled the market.*

David and Tom just revealed what they believe are the ten best stocks for investors to buy right now… and United Continental Holdings wasn’t one of them! That’s right — they think these 10 stocks are even better buys.