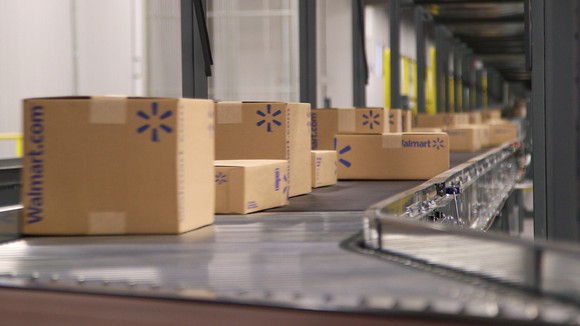 Wal-Mart Tried to Take on Amazon Prime and Failed

Instead, it’s offering free two-day shipping to everyone.

Wal-Mart is trying to spin the move as a positive, but it’s simply masking the fact that it tried to take on Amazon Prime and failed. Prime is one of the three pillars of Amazon, and its membership drives astounding loyalty. Wal-Mart was looking for a similar effect with ShippingPass. Instead, it’s moving down market, reducing the threshold for free shipping to $35 from $49 and promising to get some 2 million items to customers in just a couple of days.

Both Amazon and Wal-Mart boast huge marketplaces that bring together thousands of merchants on their online platforms. But where Wal-Mart falls short is that it’s heavily reliant on its third-party merchants to fulfill online orders themselves. In fact, just 2 million items qualify for two-day shipping.

By comparison, Amazon’s marketplace has over 50 million Prime-eligible items. That’s thanks to its Fulfilled by Amazon service where merchants send inventory to Amazon’s warehouses, and Amazon handles shipping individual items to customers.

In other words, Wal-Mart’s two-day shipping service was half-baked compared to Amazon’s. Customers who signed up for the free trial were likely disappointed at the lack of product selection, and didn’t pay up for the service.

By offering free two-day shipping to everyone, Wal-Mart isn’t trying to get Prime members to ditch Amazon (at least it shouldn’t be). Instead, its strategy seems to be to prevent customers from ever signing up for it in the first place. Prime members are extremely loyal and have an extremely low churn rate, so that’s about the best Wal-Mart can hope for.

It’s a bit late to the game, however, considering Amazon has already signed up around half of the households in the U.S. In the last year alone, Amazon added “tens of millions” of new members.

If Wal-Mart stands any chance of competing with Amazon, it needs to leverage its physical stores. That’s exactly what its new shipping program does. Items qualifying for two-day shipping are usually available in local stores already, meaning Wal-Mart only needs to ship it the last mile to a shoppers home.

While free two-day shipping for everyone may win Wal-Mart a few one-off purchases, it won’t cut into the loyal and growing Amazon Prime customer base. The best it can hope for is to establish its online portals as top of mind for online shoppers. That’s one of the biggest hurdles for Wal-Mart or any online retailer to overcome.

Amazon currently dominates mindshare. Fifty-five percent of online product searches start on its website, according to a survey from BloomReach last Fall. If Wal-Mart’s new shipping policy can help it grab some of those product searches, it ought to be considered a win even if its attempt to take on Amazon Prime failed.