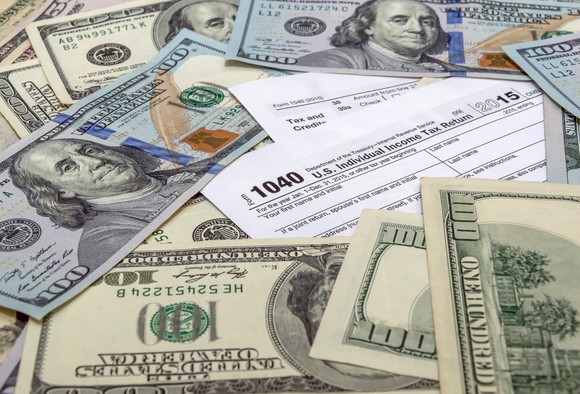 What to Expect From President Trump’s Tax Reform Plan

by 2ton
0 comments
After Republican leaders in the House of Representatives decided to pull their healthcare bill last week, President Donald Trump indicated that his focus would most likely shift to tax reform. While we don’t know anything official about what a finalized tax reform bill might look like, we do know what the president promised during his campaign and how it compares to the current GOP platform.

Here’s what the president wants to do

President Trump’s tax plan evolved throughout the course of his campaign, and was modified into its final version in order to more closely match up with the GOP platform, which I’ll discuss in a bit.

For personal income taxes, Trump wants to cut taxes and simplify the tax structure by condensing the seven tax brackets we currently have into just three. The income thresholds for single taxpayers will be exactly half of those for married joint filers, thereby eliminating the marriage penalty. In addition, the head-of-household filing status would be eliminated.

Note that just as the current tax brackets do, these income ranges are referring to taxable income, and the calculation of it would change considerably if Trump’s plan were to be implemented. For one thing, Trump proposed that the standard deduction amounts more than double to $15,000 (single) and $30,000 (married), from the current levels of $6,350 and $12,700, respectively. However, the personal exemption would be eliminated.

Also, Trump wants to expand tax benefits for families, including a larger allowable deduction for child care expenses that could be taken whether a taxpayer itemizes or not, and would also be allowed for up to four children (the current law only allows two). Also, Trump wants to offer further child care tax breaks for lower-income parents.

For the wealthy, Trump wants to get rid of the estate tax, a move that has been on the Republican wish list for some time now. Currently, the tax is only applied to estates worth more than $5.45 million, but the argument is that inherited money was already taxed once, when it was originally earned, so therefore taxing it again upon death is excessive and unfair.

Finally, Trump wants to trim the top corporate tax rate from 35% to 15%, as well as allow companies with massive overseas stockpiles of cash to repatriate that money at a one-time discounted tax rate.

Basically, congressional Republicans agree that the tax system has become too complex. In the tax policy paper titled “A Better Way,” a road map was laid out to simplify and cut taxes, which included the following points:

Generally speaking, Republicans are strongly in favor of tax cuts. However, the biggest potential issue is how the tax cuts will be paid for.

According to an analysis by the Committee for a Responsible Federal Budget, Trump’s plan would add over $5 trillion to the national debt over 10 years. So, it’s fair to assume many fiscally conservative Republicans would demand budget cuts to make up for any decrease in revenue. The House GOP platform’s elimination of many itemized deductions could be one potential compromise, as could its slightly higher corporate tax rate of 20%.

I don’t suspect Trump will face any issue with his proposed tax brackets or with many of the other details of his plan, such as eliminating the marriage penalty and the estate tax. However, it’s fair to assume that Trump’s tax plan will not be passed in its entirety without compromises in areas such as the amount of itemized deductions allowed and the corporate tax rate.

While the details of the final tax reform plan are anyone’s guess at this point, I’m confident that getting tax reform through Congress will be somewhat less of a battle than healthcare reform. In a nutshell, most Americans (Republicans and Democrats) generally agree that the current tax structure is too complex, and it should be less difficult to get a majority in both houses of Congress to pass some variety of the tax changes discussed here.