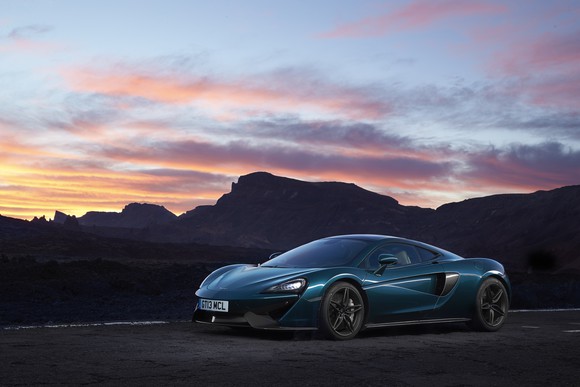 Why Is Apple Trying to Buy This Tiny British Automaker?

A report that Apple is in talks to buy a British sports- and racing-car maker McLaren Technology Group raises questions, starting with this: Why?

Apple (NASDAQ:AAPL) has approached McLaren Technology Group, a British maker of high-end sports cars and owner of a Formula One racing team, about a potential acquisition, according to a new report in the Financial Times.

According to the report, which cites three unnamed “people briefed on the negotiations,” Apple is considering either a strategic investment in or an outright takeover of McLaren. Talks between the two companies have been ongoing for several months, the report said.

McLaren is likely to be valued at between 1 billion pounds ($1.3 billion) and 1.5 billion pounds ($1.95 billion), the report said. That would make it Apple’s biggest acquisition since it paid $3 billion for Beats Electronics and Beats Music.

Beats turned out to be the foundation of a significant new offering, Apple Music. The obvious conclusion to draw is that McLaren would somehow factor into Apple’s long-rumored effort to develop a car. But how?

What is McLaren Technology Group?

So what would Apple want with all that?

Well, Apple is probably not looking to go racing. And seven-figure sports cars aren’t really in line with the Apple brand.

But it’s not hard to see how McLaren’s expertise in developing and manufacturing road cars that incorporate a lot of advanced racing-derived technology could play a big role in Apple’s long-rumored effort to develop a car. According to the Financial Times’ report, Apple is interested in McLaren’s technology, engineering expertise, and patent portfolio.

McLaren’s expertise includes some kinds of expertise that are hard to come by in Silicon Valley — a deep understanding of how to design and tune automotive suspension systems, for instance. That kind of expertise might be what Apple is really seeking here.

What does this say about Apple’s car program?

Officially, Apple hasn’t even acknowledged that it’s trying to develop a car, so it’s hard to say for sure. Some (including your humble Fool) have speculated that Apple’s real intention may be to create a self-driving car service, a premium Apple-quality automated competitor to ride-hailing companies like Uber and Lyft that would be integrated into Apple’s technology ecosphere.

Reports have suggested that the program has made a significant shift in recent months, from an effort to develop a complete electric vehicle led by now-departed executive Steve Zadesky, to a more limited project focused on the development of systems to power a self-driving car under longtime Apple veteran Bob Mansfield.

Longtime Apple-watchers have questioned whether that shift actually happened, as it would mean that the company is moving away from its usual approach of controlling both the hardware and the software in its devices.

But as always with the highly secretive Apple, it’s possible that something else entirely is going on: An acquisition of McLaren would suggest that Apple might be focused on a complete car after all.

When will we know more?

Whenever Apple is ready to tell us. That might be in another year or two, or it might be never if the company decides against bringing a product to market.

That’s not the answer that Apple investors want to hear, of course. But if nothing else, the report of Apple’s interest in McLaren suggests that the project is still alive in some form.

Apple’s next project could stun investors
While the world watches the next iPhone, a Motley Fool analyst has caught wind of a secret project that could be far, far bigger.

Most investors don’t know about “Project Titan”, but once you do it’s easy to see why you may sell your shares of Apple to load up on an 3 under-the-radar tech stocks instead.

You can learn more about ‘Project Titan’, and the three tech stocks we recommend by clicking here now.