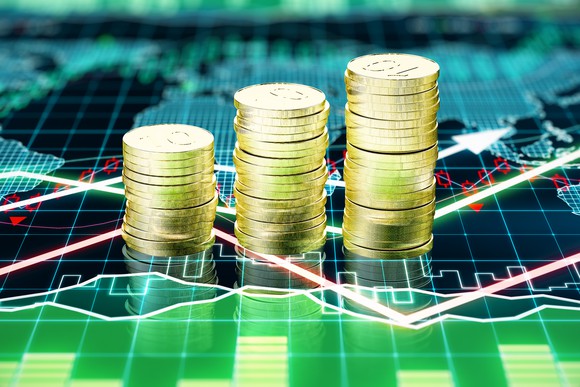 Why Long-Term Investors Should Prefer Dividends Over Buybacks

The benefits of dividends go far beyond simply the cash in your hand.

Dividends and buybacks are both presented as ways that companies can reward their long-term shareholders for the risks they take in investing. Many times, companies will point to the combination of the two in terms like “total value delivered to shareholders.” Often, to the extent a company’s management will tout one over the other, it’ll celebrate buybacks as being more tax efficient for shareholders, as those buybacks don’t get taxed until the investor sells.

It’s true that both dividends and buybacks can play a role in generating value for investors. Still, for investors who want to be long-term business owners, dividends are a much better idea. Even beyond the direct cash reward in your pocket, dividends drive management behaviors that are vastly more shareholder friendly than buybacks do, and that’s why they’re a better fit for long-term investors.

Dividends drive discipline
First and foremost, dividends drive discipline within a company. When a company declares a dividend, it has to come up with the cash to pay it. Shareholders can directly see whether their accounts receive the cash they’re expecting. In addition, since most debt holders don’t like the idea of financing a payment to somebody else, that cash typically has to come from the company’s operations.

Contrast that with a buyback, where a company usually announces it in terms of an authorization to buy back up to however many shares or to spend up to however many millions on repurchases. As it’s more of an optional behavior than a dividend, companies don’t need nearly as much operational discipline to run a buyback program than they do to run a dividend.

Buybacks often cover up executive compensation
The theory behind a buyback is that it decreases the number of shares a company has outstanding, increasing the value of the remaining shares. In today’s era of stock-option-based compensation, however, many buybacks do little more than “mop up” the extra shares created by that payment scheme. In essence, they can hide the true cost of paying for the company’s management, rather than truly reward the company’s outside shareholders.

Contrast that with a dividend, which must be paid on all outstanding shares of a company’s stock. The more shares a company has outstanding, the bigger a check it has to write to cover a dividend. As a result, dividends can play a role in tamping down on that sort of options-based compensation.

Shareholders are the owners of a company. Management — including the CEO — works for those owners. By paying a dividend, a company acknowledges that relationship and gives a choice to the owners on what to do with their money. Those owners can choose to reinvest the dividend in the same company, invest it elsewhere, or spend it.

On the flip side, a buyback takes that very key decision away from a company’s owners and puts it in the hands of its management. With a buyback, the owner gets forced to choose between reinvesting the money in the same company or selling a portion of his or her ownership stake to raise cash.

Dividends signal what management is really thinking
Companies frequently not only pay dividends but also seek to increase them over time as their businesses grow. That helps turn them beyond mere cash payments and into strong signaling devices. For instance, if a company claims it will grow at a 10% clip but only raises its dividend by 2%, chances are there’s substantial risk embedded in that 10% growth projection.

Because companies want to prevent front-running with their buybacks, those buybacks don’t provide nearly as much visibility as dividends do, making them that much less valuable as signaling devices.

If a company’s shares are overvalued rather than undervalued, a buyback actually destroys shareholder value. After all, that cash could have been put to use on a more productive project, and those overpriced shares could have been used as an acquisition currency for another business.

Dividends, on the other hand can make sense whenever a company is making money. After all, once it’s paid, a dividend provides the shareholder with option whether to buy more, buy something else, or spend the cash.

Think like an owner — and look for dividends
On the surface, buybacks and dividends can both look like rewards to shareholders for the financial risks they’re taking for owning stock in a company. Once you dig beneath the surface, however, it quickly becomes clear that dividends represent the more owner-friendly choice for how to reward shareholders. And that’s something all investors should consider when looking for companies that are worth owning for the long haul.