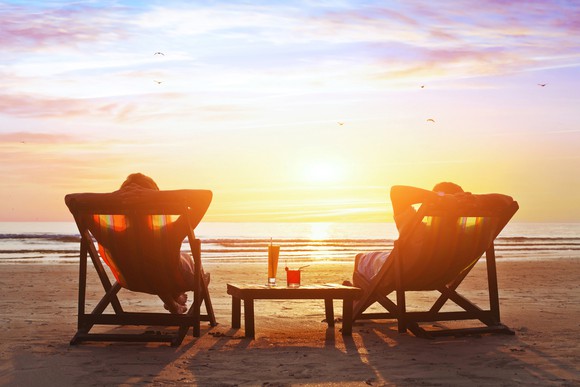 Some people argue that money doesn’t buy happiness. From personal experience, I can tell you they’re wrong.

One of the most important decisions people face is what they’ll spend the vast majority of their 9-to-5 time doing. Because adults spend about half their waking lives at work, there are countless pieces of advice for people considering different careers.

One adage for job seekers is especially popular: “Money doesn’t buy happiness.” It’s a phrase with a clear message: Money isn’t what makes you happy, so in pursuing a career, you should follow your dreams.

But that advice makes my skin crawl, because it’s a half-truth at best and an outright lie at worst. Money and happiness are bound to each other. Struggling to pay your bills, save for emergencies, and invest in your future shouldn’t be glorified as a sacrifice made by those living for a higher purpose. It’s hazardous to buy into this mentality, especially if you’re looking for a job.

Whoever invented the phrase has never gotten into a fight over the purchase of a green pepper.

I was 19 years old and had just returned from my freshman year of college to live with my mom and aunt for the summer. Being on a health kick, I asked my family if they could buy more vegetables, including a green pepper. What ensued was a heated conversation on the affordability of a vegetable.

“We shouldn’t have to stress out about buying a green pepper,” I argued, stomach twisting.

“We have to see whether we can afford it,” they replied.

The reality was that they did. Our low-income lifestyle revolved around financial constraints. Money couldn’t be allocated for even small purchases without the most careful intentions.

When bills arrived that my family couldn’t pay, money became a monster that tormented me. In fourth grade, my mom sat me down to explain mortgages and how we missed a payment. In sixth grade, while working on a science project, I heard whispers of foreclosure from downstairs. In ninth grade, I avoided movie plans with friends to save money. In 12th grade, I looked up during my shower to see a tarp covering the bathroom roof.

And once I was in college, purchasing a vegetable required thoughtful consideration.

However, only a few months later, the pain I associated with money started disappearing. Along with a large scholarship, I received a stipend capable of covering my basic needs. Buying produce, eating out, and paying my rent changed from dreams to mundane realities. Self-reliance and comfort replaced gripping panic, and money changed from a monster to a comforting friend.

Many studies affirm this idea. A June 2016 economics paper states that negative emotions decrease at a constant rate until income approaches $80,000; as income nears $200,000, negative emotions continue to decrease, implying a happier life. If that doesn’t convince you, a University of Michigan analysis from 2013 examined data from 155 countries — including 95% of the world’s population — and determined that well-being and income consistently rise in tandem.

“If there is a satiation point, we are yet to reach it,” the authors say.

Yet the myth that “money doesn’t buy happiness” remains pervasive in people’s hearts and minds. It implies that striving for money means striving for a life devoid of color and meaning. As a writer, I’ve been told that money should be considered only tangential to my dreams — that dreams are the golden apple I should chase.

Money does. It’s the only way to guarantee your basic human needs are fully met. Treating money with disdain is seriously misguided. Worse, telling young people to throw financial stability to the wind can lead them down the road to ruin.

Just because I don’t believe that “money doesn’t buy happiness” doesn’t mean that I believe the opposite: I recognize that money is not the sole determinant of happiness. Other factors in life — health, friends, love, and an enjoyment of work — play a part as well. However, you’ll be in better health if you can afford medical care, a gym membership, and nutritious food. Friendships are easier to maintain when you can afford dinners, movies, and nights out. And as for love, a study by Kansas State University found that arguments over money were the greatest predictor of divorce.

Enjoying your work certainly increases your happiness, but that will be mitigated if your passions can’t pay for food, water, shelter, and utilities — if you can’t put money in a savings account or let it compound in the stock market, if the occasional splurge is entirely outside your reach.

So follow your dreams as much as you can, but be realistic. Research your expected career earnings, compare them to your expenses, and decide whether you can make a livable income. If you can’t, think about compromising with a job that strikes a balance between your passions and your basic income needs.

It may not seem as fulfilling as following your dreams, but here’s the calculated truth: It will provide happiness.

Try any of our Foolish newsletter services free for 30 days. We Fools may not all hold the same opinions, but we all believe that considering a diverse range of insights makes us better investors. The Motley Fool has adisclosure policy.