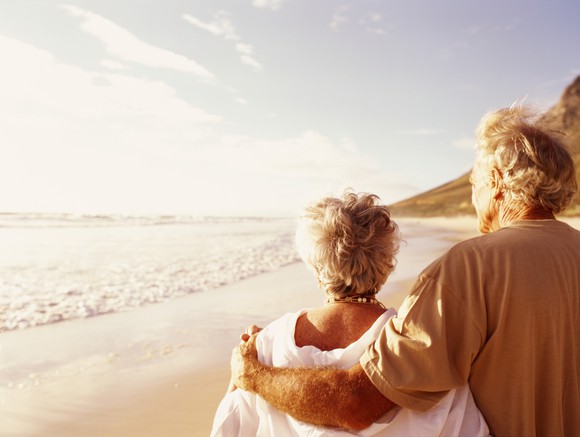 Saving 10% of your income has long been considered a solid benchmark when planning for retirement. But is it really enough to retire comfortably?

For years, financial experts have urged employees to save 10% of their income and put it toward retirement. While 10% may be a simple and straightforward goal to pursue, in reality it may not be enough to fund a comfortable retirement.

While it’s impossible to predict exactly how much you’ll need during retirement, there are some simple rules of thumb that could help you get a ballpark estimate:

Now let’s see how saving 10% of your salary each year holds up to these guidelines once you reach retirement age.

So let’s say, for example, you started saving 10% of your income at age 25 while earning a yearly salary of $40,000 and continued saving 10% per year until age 65, at which point you’re earning $50,000 per year. Assuming a yearly rate of return of 7% on your investments, here’s what your nest egg would look like by the time you retire at age 65:

The rule of 25 considers your yearly living expenses (not your salary), so for this example, let’s say you need about $40,000 per year to cover all of your expenses. According to the rule of 25, that means you’ll need a nest egg of about $1 million to maintain your standard of living during retirement. In this example, you’d be a bit shy of that target, but not drastically so.

These calculations also assume you’ve started saving for retirement at age 25 and have consistently earned a higher salary while continuing to contribute 10% of your income every year. (In other words, it’s essentially the best-case scenario.) If you started saving later in life, took a pay cut at some point in your career (or were unemployed for a significant period of time), or had to contribute less than 10% of your pay for a few years, you’ll have to save even more to catch up.

Let’s go back to the example above, but now let’s assume you started saving at age 35 instead of age 25. To reach that same balance of $912,500 in the 30 years you have left before retirement, you’d have to save a whopping 20% of your salary every year. For every year you delay retirement savings, you’ll have to save an exponentially greater amount of your income to reach your goal.

What about Social Security?

However, it’s always wise to err on the side of caution when it comes to Social Security benefits. By the year 2034, the Social Security program is expected to face a cash shortage, according to a recent report by the Social Security Board of Trustees. While this doesn’t mean that the program will be eliminated entirely, benefits may be cut by up to 25% if the program isn’t reformed by then. And if you’re counting on a certain amount in benefits each month just to cover your living expenses, you may be facing a cash shortage as well.

Saving 10% of your income is a great starting goal, and you’ll be ahead of many other employees as well (less than 40% of employees contribute 10% or more toward retirement). But just because you’re ahead of the average employee doesn’t mean you’ll have enough come retirement age. Socking away even a few extra dollars each week to save more than 10% can add up over time, and it may be enough to ensure you can live the retirement you’ve always dreamed about.

The $16,122 Social Security bonus most retirees completely overlook
If you’re like most Americans, you’re a few years (or more) behind on your retirement savings. But a handful of little-known “Social Security secrets” could help ensure a boost in your retirement income. For example: one easy trick could pay you as much as $16,122 more… each year! Once you learn how to maximize your Social Security benefits, we think you could retire confidently with the peace of mind we’re all after.