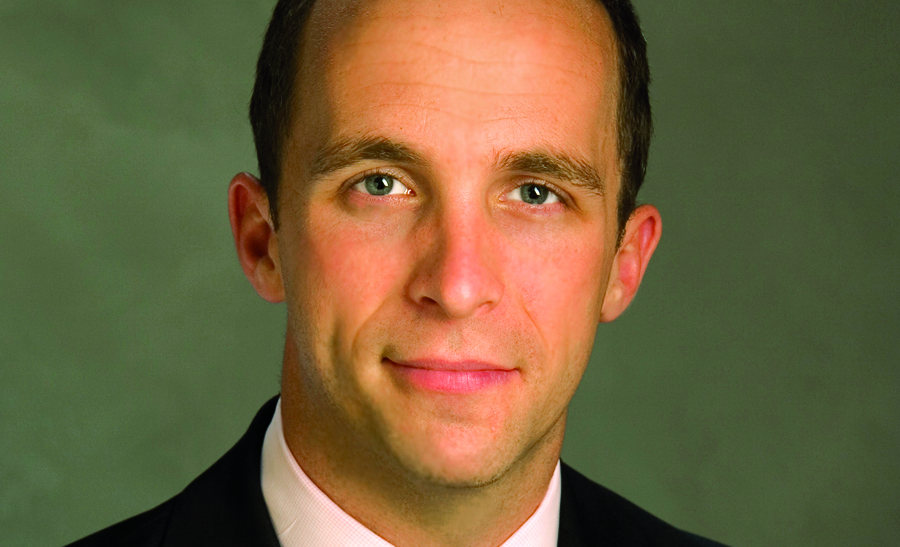 Falling oil prices and stock market volatility were some of the memorable events for investors in 2015, but now it’s time to plan for 2016. To help accomplish that, SFBW interviewed Jonathan Hill, senior VP and director of investments at Gibraltar Private Bank & Trust (gibraltarprivate.com), which has five offices in the tricounty area. Hill brings unique insight as a former trader-analyst for the Federal Reserve Bank of New York and a trading desk assistant at ABN AMRO Bank in London.

As we talk, we’re nearing the beginning of December. How would you describe the performance of the economy and the markets during the first 11 months of 2015?

I think this has been a difficult year for markets. There has been a divergence between fundamental economics and financial markets, especially in the United States. I think we have seen continued economic improvement in the U.S., but we have also seen a return of volatility, especially to equity markets in August and September, which saw sharp declines.

Yet I would characterize this as neither unexpected nor unusual. I think we’ve been lucky not to have had an equity market correction in more than three years. Moreover, I had expected a return of volatility this year given the divergence in economic outlook and monetary policy around the world.

Was there anything that surprised you?

I think probably the sustained decline in energy prices was a surprise, and the resulting dislocation across the commodity markets was far more pronounced than anticipated. I also think that the rebound in October, following the decline in August and September, was surprising. Specifically, I think the strength and rapidity of the rebound was quite unexpected.

What are your thoughts on the economic outlook for 2016?

I think we’ll see more of the trends that emerged in the second half of this year. We will see divergence in the economic outlook between the U.S. and most other markets. You could attach the United Kingdom to the U.S. in some regards; it’s also relatively strong. Elsewhere, the economic outlook is somewhat weak, especially for China and the emerging markets. Having said that, there are reasons to anticipate a continued upturn in the economic prospects in Europe and Japan.

What do you see for equities as 2016 begins, and are there certain categories of stocks you would favor?

I see a moderately positive environment for equities in 2016 as we continue a fundamental economic recovery.

In the context of the Fed raising rates, I would stay away from REITs and utilities and favor stocks that are poised to benefit in a rising rate environment – maybe financials plus energy and materials on a rebound basis, as they have suffered in recent months.

What’s the outlook for fixed income?

It’s mixed. We have had a 30-year bull market in bonds, essentially, and the Fed is on the verge of raising rates for the first time in almost 10 years. In that context, it’s a tough outlook for fixed income, but I think the Fed will be measured in its approach to raising rates, so fixed income will still play an important part in a diversified portfolio.

What’s your outlook for alternative investments?

We are big proponents of alternative investments, so I think the outlook is promising and relatively attractive. We are employing many alternative strategies in portfolios, both for diversification to reduce risk and to benefit from returns uncorrelated to traditional equity and fixed-income benchmarks.

Do you think the markets are obsessing too much about the Fed?

Yes and no. The Fed is obviously very important, and its role in setting monetary policy has been critical for U.S. markets for the past seven years. I think there was a lot of volatility around the September FOMC (Federal Open Market Committee) meeting when the Fed demurred on raising rates and the rationale given was international market volatility.

I think there were a couple of weeks of uncertainty that the Fed may have exacerbated rather than reducing. Now, I think the market is much more comfortable with the prospect that the Fed will raise rates in December, but that the central bank will be very measured in raising rates going forward.