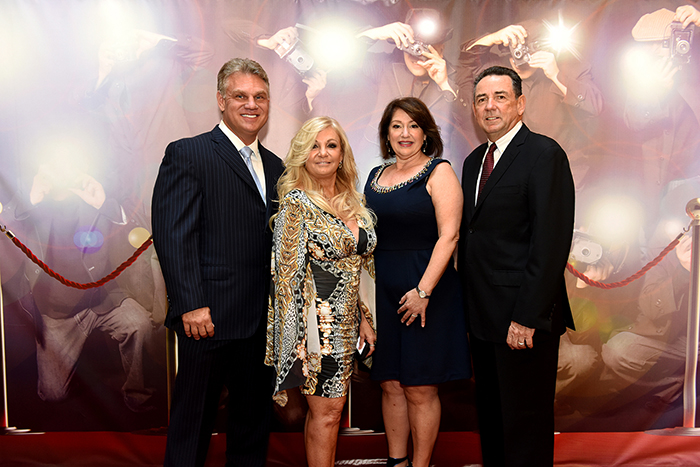 The awards were presented by 2-1-1 Broward, which provides a 24-hour comprehensive helpline to provide people in crisis with access to community resources, and the Seminole Hard Rock Hotel & Casino in Hollywood. The awards honor the work of Broward County’s non-profit organizations and leaders and the impact they have on the community.

The real hot bodies of SoBe

Given the buff nature of South Beach, it’s a wonder somebody hasn’t launched a professional body building show before the upcoming Miami Muscle Beach.

The event is being organized by Geobanny Paula, who is Miami ‘s first Physique Pro under the auspices of the International Federation of Bodybuilding and Fitness, and friend Tony Lopez.

“There’s no other pro show like ours in Miami,” said Lopez. The last one was about seven years ago at the Jackie Gleason Theater.

The duo started out with zero capital and investment money, but Paula’s contacts helped give the event credibility and sponsors, Lopez said.  The IFBB event on Saturday, April 19, at Loews Miami Beach Hotel, will have both men’s and women’s categories.

Nathan Dapeer, who has a background with Blue Sea Capital and Brockway Moran & Partners, has joined BBX Capital Partners as a principal.

Dapeer has more than seven years of private equity and investment banking involving middle market companies and nearly $1 billion in transactions. Dapeer began his career as an investment banker with Harris Williams & Co. in Richmond, Virginia, and as a founding member of the firm’s first international office in London.

“We are thrilled to have someone with Nathan’s industry experience join our team, and help build the BBX Capital Partners platform and portfolio of brands,” said Jarett Levan, President of BBX Capital.

The ninth annual Great Smoke rocked out with the band Foghat, known for their song “Slow Ride,” at a new location at the German American Club in Lake Worth.

Event organizer Abe Dababneh, owner of Smoke Inn, kicked off the event with a live broadcast of his weekly Saturday radio show, which also can be heard at KissMyAshRadio.com.

Several hundred cigar aficionados were lined up for the VIP opening at noon. With coupon books in hand, they went through 45 different stands with an array of premium cigars being handed out as part of the price of admission. The VIP area was serving up ice-cold Russian Standard vodka while tasting booths outside had a range of bourbons and whiskeys.

“This year’s event was a record-breaking success, and it was a thrill to induct these four amazing entrepreneurs and executives into the Business Hall of Fame,” said Andy Cagnetta, Event Co-chair and Junior Achievement Board Member.  The event raised $135,000.

BBX Capital was the Presenting Sponsor for the evening at JA World Huizenga Center at Broward College in Coconut Creek and SFBW was among the gold sponsors.

The headquarters in Sunrise is the epicenter for a $1 billion plus operation that has 16 dealerships in South Florida, Atlanta and Cleveland.

The Rick Case Automotive Group celebrated its 50th anniversary in 2012 and was honored in 2013 as Automotive News” only National All-Star Dealer for the Privately Held Dealer category out of 17,000 dealers in the country. ?

The event will be at some of the coolest places in the county:

April 18
Auction and Wine Dinner at Marlins Park (on the diamond) with award-winning wines, spirited bidding and a home run of an after-party.
6:30 p.m.