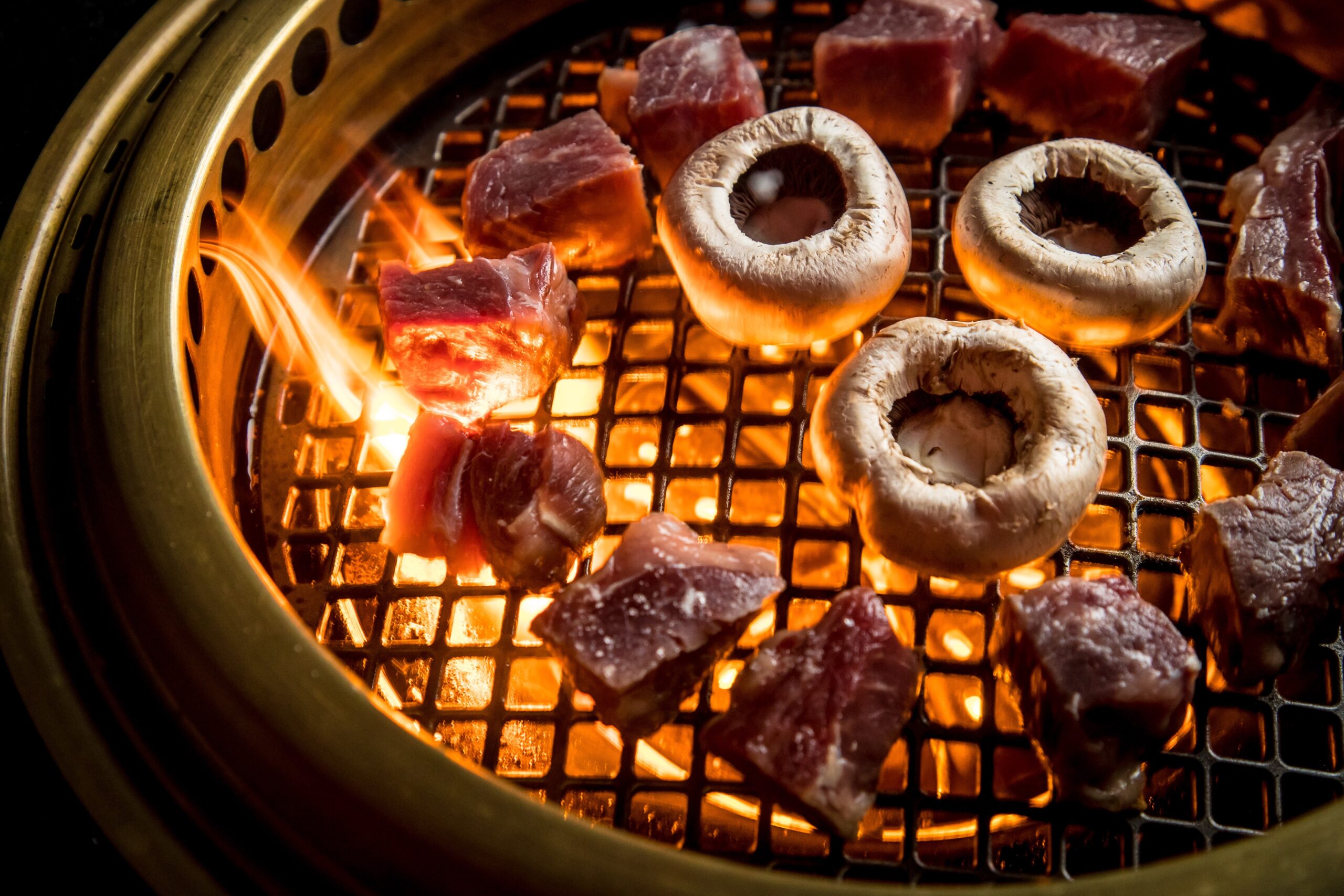 In the middle of the pandemic, Cote Miami rolled into the Design District trailing its pedigree—the renown of the Michelin-starred, James Beard Award-nominated New York flagship in the Flatiron District. And I rolled in there—alone. That happens when the only reservation time you can snag is at 6:30. But a warmly enthusiastic server named Niko was omnipresent, keeping me from feeling lonely and explaining everything to me.

And yes, things need explaining when you’re seated at a booth with a round, smokeless, fire-powered grill set into the middle of the table. At first I thought I’d have to cook my own dinner, in Japanese shabu-shabu-style, but Niko set me straight. During the next hour or so, if he wasn’t around to turn the meat (which was rare—I mean his absence was rare, not the meat; I’m a medium guy), one of his passing colleagues seamlessly picked up the tongs and flipped something over.

The “something” was usually one of the four fine cuts of meat from the Butcher’s Feast: the hangar steak, the 45-day U.S.D.A dry-aged ribeye, the American wagyu and the short ribs—the last a Korean barbeque staple, Niko tells me. Surprisingly, I preferred the hangar, which I found incomparably flavorful, to the ribeye. The wagyu was delectable, and it was the right choice to save the decadent short ribs, which were the sweetest of the four, for last.

The beef tasting, overseen by executive chef David Shim, was accompanied by, among other sides, delicate bowls of pickled veggies and every manner of mushrooms, including a large mushroom cap that sizzled on the grill. I was advised to drink the broth that was bubbling inside the cap, and I happily obliged. Before I took a bite, I felt a tap on my shoulder: It was my friend, interior designer Mike Stake with a friend from L.A. I wasn’t wholly surprised—expect to see a prime sampling of Miami’s creative class at Cote. And Mike lives in the neighborhood.

Cote is the vision of proprietor Simon Kim, who came to America when he was 13, worked his way through the kitchens of the world’s best chefs, and invented the concept of a Korean steakhouse: a traditional Korean barbecue wed to an American steakhouse. If you think carnivores are out of style, a visit to this discreet 5,892-square-foot showplace will dispel that. The concept, with its whiff of performance, is clearly seductive; the place was abuzz, but not oppressively so (Cote seats around 100 diners). The interiors make a statement in a nightclub kind of way, but not so much that you think of bottle service. The place is dim in just the right places, with artistically done neon moments, and a circular bar that commands the room and becomes a social magnet.

Kim is resourceful. During the pandemic, he made some quick, key moves, enhancing his business model by adding the Butcher’s Feast that can be shipped in all 50 states. He learned that the changes have improved his business and he decided to keep them beyond the pandemic. I, of course, was more than content to savor my Butcher’s Feast in the way it was intended—and so was my friend. I moved over to Mike’s nearby table after I finished with mine. Niko was attentive as ever.

Naturally, Mike was attuned to the décor. “I love the aesthetic, from the exterior facade to the entry hallway into the dining areas. It’s very cool and refined, minimalist but warm,” he told me, adding, “The surprise was the fun and energetic staff that was deeply knowledgeable about the menu and also made for a really enjoyable dining experience.” His L.A. friend Scott Rosser, a senior vice president at Bank of America Private Bank—and a co-chair of the bank’s LGBT Diversity Leadership Team—was charmed watching his meal take shape over an open flame. His takeaway: “It’s definitely the place to go if you want to impress your date.”

The two outlasted me, lingering for a drink at the bar. Everyone in Miami is going to want to be seen standing at that bar, whether with a glass of wine from the 1,200-plus-label list; with one of the craft cocktails created by Cote New York’s principal bartender Sondre Kasin, specifically for Cote Miami; or with Mike’s choice—an espresso martini to close out a winning gastronomic evening.