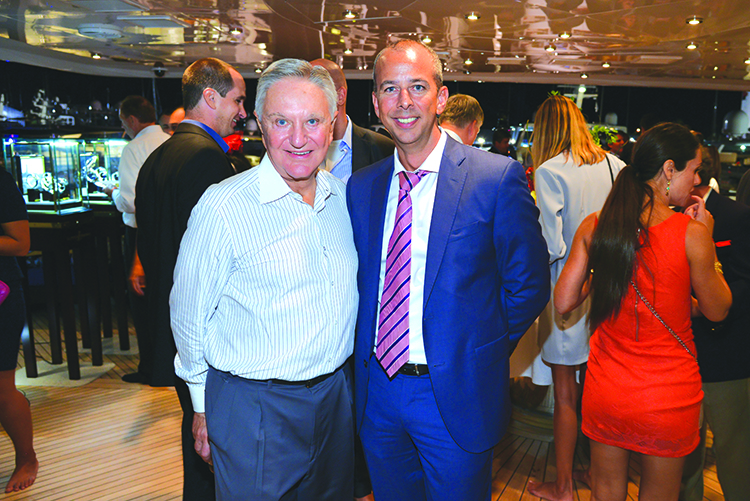 Investors who employ hedge funds may cringe at the resulting tax bills each year, but there is an increasingly popular twist to deal with that.

The solution, called Insurance Dedicated Funds and Structures (IDFS), were outlined at a Hedge Fund Association seminar that coincided with the Fort Lauderdale International Boat Show. The seminar organized by Thalius Hecksher of Apex Fund Services was held at the Hilton Fort Lauderdale Marina and then guests celebrated on Lady Linda, a 187-foot Trinity yacht that investor Douglas Von Allmen is listing at $43.9 million.

The basic concept of an IDFS is fairly simple: Invest in a hedge fund via an insurance product that allows deferral of taxes and the returns to grow on a compounded basis.

“It sounds exotic but when you break it down – there’s not a lot of magic to it,” said panelist Scott R. MacLeod, a shareholder at Greenberg Traurig.

Panelist Chris Calise, president of Crown Global, has a private equities background and was a pioneer in the hedge fund inside an insurance wrapper concept.

He and a partner spent two months researching and figuring out the concept, but they couldn’t get insurance companies interested, so they ended up setting up their own insurance company in Bermuda in 1998. Crown Global’s Private Placement Life Insurance (PPLI) allows clients to invest in a wide array of alternative assets, including hedge funds, private equity and venture capital. PPLI’s offer tax efficiency, estate planning, liquidity, flexibility and high capacity limits, the company’s website says.

The concept started out for billionaires initially since it was difficult and cumbersome, but has now moved downstream as the cost of initiating the strategy has dropped, Calise says.

It’s not exactly Main Street because Calise says Crown doesn’t do under a $3 million premium, perhaps $1 million for an annuity.

Beauchamp said his clients are all $5 million and up accredited investor and usually allocating $1 million or more.

Beauchamp said the cost is much lower than the fees associated with doing an annuity.

Panelist Deidre Fortune, a tax partner with KPMG, said high tax rates have investors looking for alternatives like the dedicated funds, which lessen the reporting requirements compare with investing directly in a hedge fund.

The diversification rules are fairly lenient, starting with no more than 55 percent of total assets in one investment.

An independent advisor makes the decisions on investment in the fund, so there’s an arm’s length distance from the investor.

The product has been around for a long time and has been tested through the IRS and court system, Fortune said.

The structure products have allure for wealth managers, Beauchamp said. Clients or investors who turned down an investment because of tax inefficiency can be interested in IDFS.

“You come up with new money you didn’t already have,” Beauchamp says.

After entering an IDFS, investors can move the premium to a different manager if they are unhappy with the performance, but Calise said he doesn’t see that happen very often.

“There is something psychological buying these products – it’s long term to the client,” Beauchamp said. IDFS can be used to transfer wealth to the next generation or to charities.

Calise added that IDFs are typically owned via a trust. ?