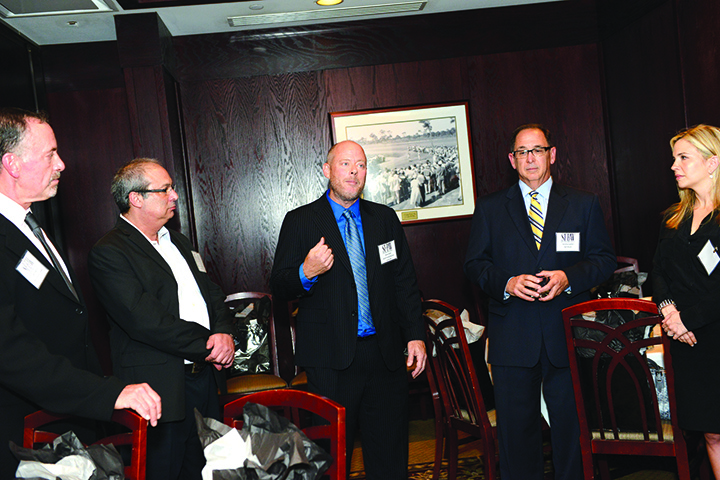 South Florida Business & Wealth held its first advisory board meeting with a cocktail hour reception at Morton’s The Steakhouse in downtown Fort Lauderdale. The board will meet periodically to provide feedback about the magazine and talk about the latest trends in business.

Among the hot topics at the first meeting were how Florida compares with other regions and how the region needs to recruit more brainpower. That was sparked by a recent trip made by NAI Merin Hunter Codman Chairman Neil Merin to the Research Triangle area.

Stiles Chairman Terry Stiles talked about the collective impact of the region’s seaports as arguably the biggest economic engine. A proposed rail line along U.S. 27 towards Lake Okeechobee is likely needed to handle future capacity given the widening of the Panama Canal.

Another interesting viewpoint was how South Beach and Miami bring sizzle that needs to be appreciated by the whole region. One comparison was that Palm Beach is to Miami what Greenwich, Connecticut is to New York City.

The meeting was a mixture of old friends catching up and talking about deals plus new acquaintances strategizing about doing business together.

One final note: The SFBW Advisory Board sends its condolences to Jordan Zimmerman, whose father passed away a few days before the meeting. ?