Subleasing could be a leading indicator

As 2018 drew to a close, Caroline Fleischer, managing principal of tenant representation firm Cresa, received a spate of sublets.

It wasn’t startling in scope or sum of companies looking to jettison extra space. Yet, it potentially was anecdotal evidence, Fleischer says, that some businesses tapped the real estate brakes amid the turmoil and uncertainty of the last half of the year and the start of this one.

“Some [corporations] are seeking ‘right-sizing’ in an ever-changing footprint due to workplace efficiencies today,” Fleischer says.

Companies seeking space are embracing the less-is-more philosophy to gain operationally efficient footprints and lease terms. Brokers such as Fleischer often are at the tip of the market-forecasting spear as they work the business cycle 12 to 24 months out to assist their corporate occupiers with strategic real-estate decisions and economic commitments.

“I have seen a fairly significant increase in sublease space the last few months,” notes Rod Loschiavo, executive vice president and tenant representative at JLL in Fort Lauderdale. “Historically, this has meant a downturn in the market may be in the near future as corporations struggle to maintain profitability. I do not think this is the case at present. I believe much of the increase in sublease space, may be resulting from mergers and acquisitions.”

Circumscribed by limited delivery of new office buildings after the recession, the fundamentals for South Florida’s market still remained healthy in the fourth quarter with no significant increases in vacancy and rent growth across all three counties, according to CBRE data. But South Florida’s office market, punctuated by an upward tick in sublet space (also known as shadow space), broadly continued its year-over-year trend of slowing leasing velocity as measured by space absorption, according to market data.

Regarding market conditions for office landlords and the host of late-cycle office developments now coming out of the ground, Loschiavo says, “there may be some downside for property owners as they find themselves competing with this shadow space and the knowledge that the lease will not be renewed upon expiration.”

Miami-Dade County continues its reign as the regional epicenter of office construction with 1.1 million square feet of offices slated for delivery in the next two years, CBRE data shows.

But the development pace also picked up in Broward in the fourth quarter as downtown Fort Lauderdale saw the start of 356,000 square feet at The Main Las Olas, the first major downtown office tower to break ground in nearly a decade. Palm Beach County also ended the year with four new office projects under construction, the largest of which is the 224,000-square-foot Gardens Corporate Center in Palm Beach Gardens.

“There are over 900-plus residents flooding into Florida every day. With staggering numbers like that, more people are going to need places to work, live, play,” Fleischer says. 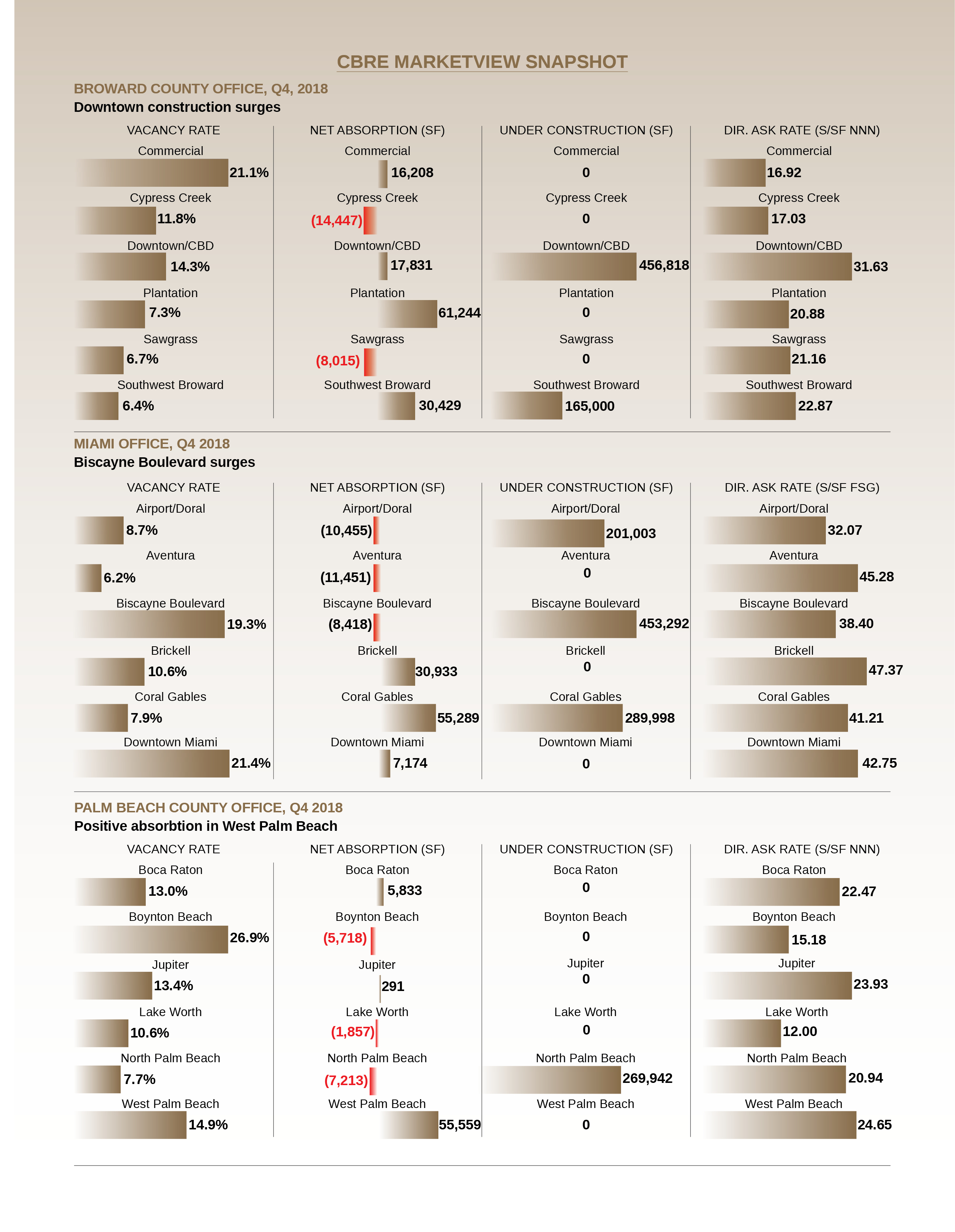 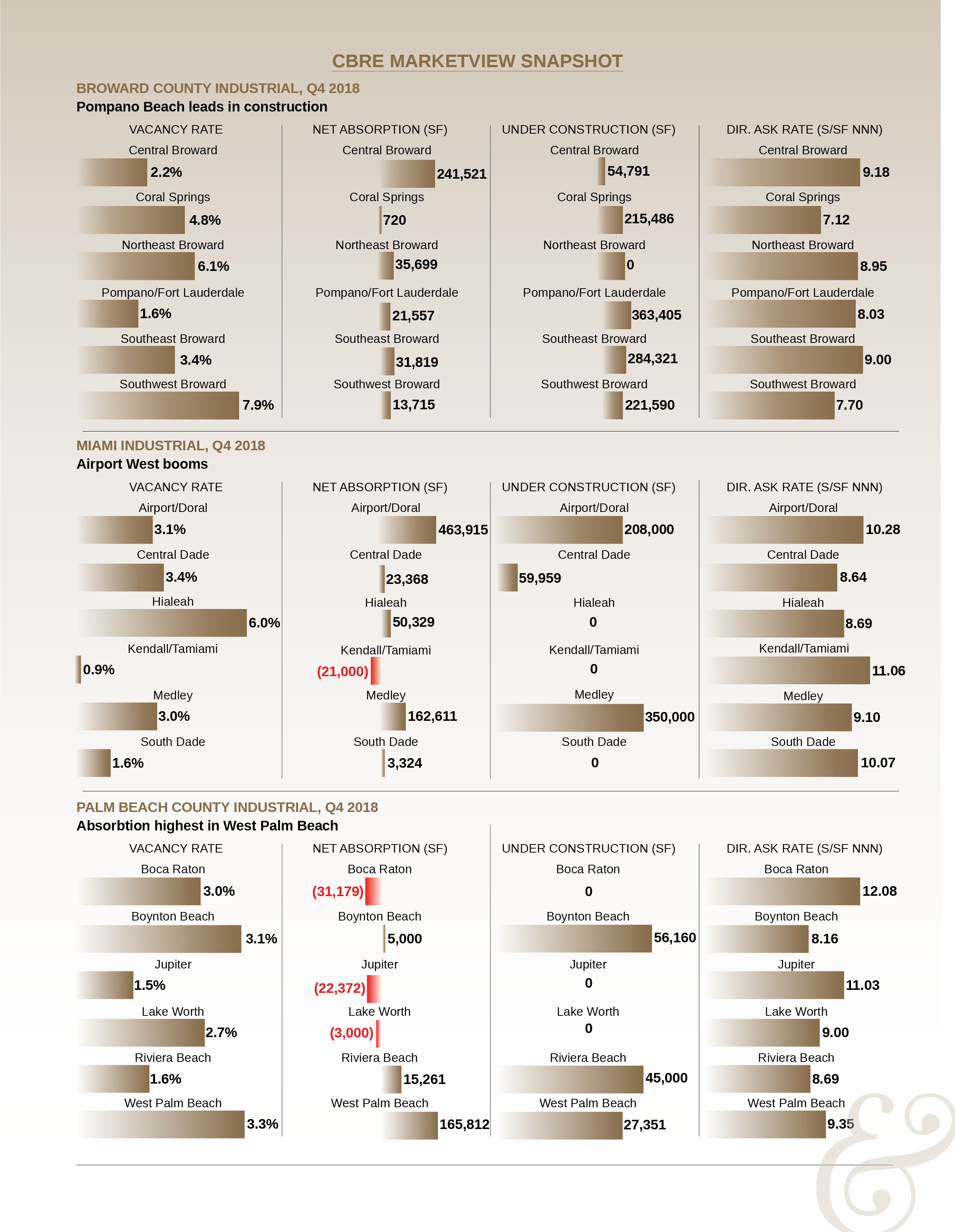