Who are the tenants of today and tomorrow?

With another monthly rent payment coming due, both commercial tenants and landlords are evaluating their prospective futures. A potential surge of bankruptcies raises an important question: who will be the tenants of today and tomorrow? Some recent developments in pending bankruptcy cases and likely filings provide some insight into the possibilities and how both sides can plan. 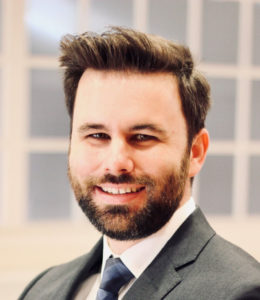 Thomas Zeichman is the chair of the Bankruptcy and Restructuring practice at Beighley, Myrick, Udell & Lynne P.A.

Retail bankruptcies were steady before the coronavirus orders from various government entities closed or restricted operations. Vacancies left by large anchor tenants and big box stores resulted in large holes in buildings and rent rolls for commercial landlords in both malls and other centers. In response, landlords looked for new tenants to fill substantial square footage and drive traffic.

Prior to coronavirus closings, gyms and fitness studios were filling many of the vacancies left by anchor tenants and big box stores. In recent years, chains like Planet Fitness and LA Fitness were among the new top tenants in malls and by square footage. Gyms and fitness studios were part of a $30 billion dollar a year industry which provides foot traffic for the rest of the property and, generally, customers with disposable income which made them desirable tenant targets. Reports of consumer spending shifting to experiences are abundant, which led many landlords to include them in their client mix as part of new and existing developments.

The trend of filling traditional anchor tenant and big box retail vacancies with gyms may hit a bump as result of the coronavirus Recently, reports that 24 Hour Fitness and Neiman Marcus were evaluating bankruptcy began to spread. Both companies were subject to closure orders and in the case of 24 Hour Fitness its primary source of revenue, monthly memberships, were scheduled to be suspended. Many other gyms and fitness studios have similarly suspended billing members or have faced litigation when they failed to do so. While bankruptcy does not guarantee closing all locations, it generally does require the closing of less profitable locations or modification of leases to allow for a successful emergence from bankruptcy. For gyms, this reduction in revenue combined with uncertainty in the ability to operate suggests that any growth plans will be deferred, reduced, or thoroughly scrutinized. Additionally, during the closures at- home fitness offerings have rapidly increased as consumers sought alternative forms of exercise. Whether the at-home fitness trend continues after gyms reopen will weigh heavily on the short (and potentially long term) growth of the industry and its commercial space needs.

Until recently, landlords had some degree of certainty or at least an enhanced position in bankruptcy cases for debtors reorganizing under Ch. 11. If you were a landlord with a lease the debtor wanted to assume as part of its reorganization process, then you were paid current while the debtor was in bankruptcy. This certainty was upset in the face of coronavirus closures when the bankruptcy courts in Modell and Pier One allowed the debtors to defer rent payments during the coronavirus closures. Now landlords in bankruptcy cases who expected to be paid, will go a month or more without timely payments. Landlords are not without recourse, as Ch. 11 bankruptcies require substantial negotiations and deal making to allow debtors to reemerge from bankruptcy. Additionally, appeals of these rent deferment orders are making their way through the courts. How the balance between a tenant’s desire to reorganize and landlord’s willingness/ability (or obligation in the case of court ordered to deferments) to accommodate will dictate who occupies tremendous amounts of square footage across the country.

In addition to the formal process in bankruptcy, parties can engage in out of court negotiations. While many landlords are creditors now, it is possible for landlords to become debtors if their rent rolls continue to suffer.

During this time, tenants and landlords can have a dialogue on whether to modify leases by payment terms or potential creative solutions including subdividing spaces or modified use restrictions to allow for continued operations and revenue for both. These discussions may shed light on whether a landlord needs to further diversify its client mix and could generate solutions. While many are temporarily closed due to coronavirus orders, the popularity of experiential businesses, such as gyms and escape rooms), and shared office space (as remote work will, at least in the short term, reduce demand for larger office space) is likely to remain relatively strong after reopening. There will be opportunities to find complimentary businesses to fill spaces. Beginning these discussions now and seeking guidance on what may occur in the event of bankruptcy or other insolvency event increases the prospect of continued operations and the ability to take advantage of new tenant opportunities.

Thomas Zeichman is the chair of the Bankruptcy and Restructuring practice at Beighley, Myrick, Udell & Lynne P.A. with offices in Boca Raton, Broward, and Miami-Dade.