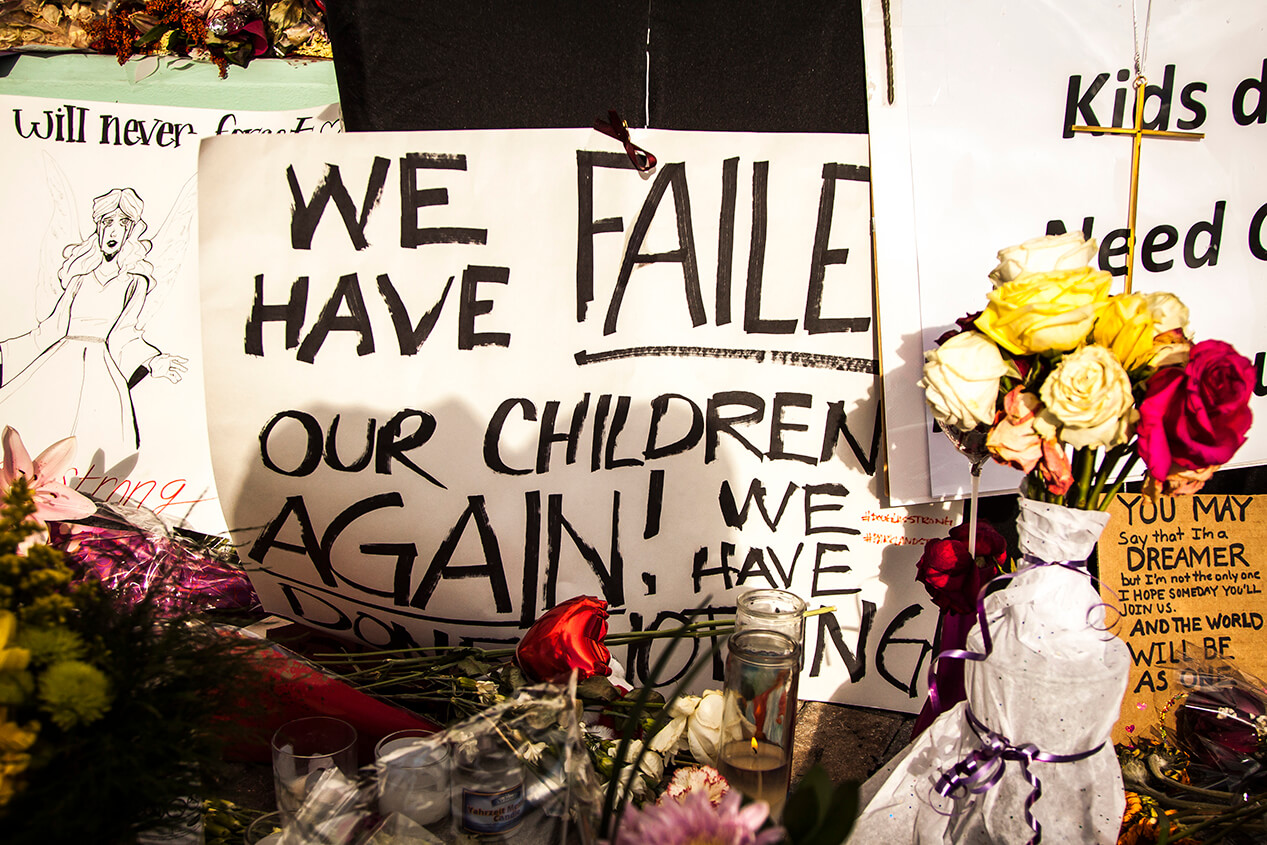 Businesses often are cautious about wading into controversial subjects, but that could be changing when it comes to gun laws in the aftermath of the shooting at Marjory Stoneman Douglas High School in Parkland. Some wealthy entrepreneurs who donate to Republican causes also are becoming vocal.

One notable example of the latter is serial entrepreneur and billionaire Mike Fernandez, who is chairman of Miami’s MBAF Healthcare.

“I will not give one cent to anyone who does not support major change regarding military-type weapons being sold,” Fernandez, who was the top donor to Gov. Rick Scott’s 2014 re-election campaign, told WLRN and the Miami Herald.

Fernandez also says he won’t renew his membership with the NRA.

Al Hoffman, a retired developer who lives in North Palm Beach, said he won’t give donations to candidates who do not support a ban on assault weapons. Hoffman reportedly has raised $600 million for conservative causes over the years.

Two weeks after the shooting, Dick’s Sporting Goods said it would stop selling assault rifles and high capacity magazines in its stores.

“We’re staunch supporters of the Second Amendment. I’m a gun owner myself,” Dick’s CEO Ed Stack said on ABC’s “Good Morning America.” “We don’t want to be a part of this story, and we have eliminated these guns permanently.”

Stack said he felt a pit in his stomach after learning his company had sold a shotgun last year to Parkland shooting suspect Nikolas Cruz.

Cruz also legally bought the AR-15 at Sunrise Tactical Supply in Coral Springs, which authorities said he used in the attack at the school. In February, an attorney for the store’s owners said they were distraught to learn he had purchased the gun there and had closed the store indefinitely.

In the aftermath of the shooting, Bass Pro Shops, which has a location in Dania Beach, continued to promote the NRA Freedom Days on its website. Bass sells semi-automatic weapons, such as the Sig Sauer MCX Semi-Auto Centerfire Rifle and Ruger SR-556 Takedown Semi-Auto Rifle, although they were listed as sold out on its website. Money magazine said Bass and Cabela’s, a competitor Bass bought in 2017, are the only major retailers who still sell semiautomatic weapons.

Some people, believing incorrectly that Walmart sells assault weapons, took to social media to plead for it to stop doing so. Walmart stopped selling them three years ago, citing low demand.

Many independent gun shops still offer assault rifles. In February, for example, the home page for National Armory in Pompano Beach promoted a special on battle ready AR-15s that it said were made in South Florida. It also had a video of the gun being used in a firing range.

Companies not in the firearms business found themselves in a difficult situation: angering anti-gun groups if they continued to do business with the NRA, or angering NRA members if they took steps to distance themselves.

That played out in Georgia where Delta Air Lines tweeted, “Delta is reaching out to the NRA to let them know we will be ending their contract for discounted rates through our group travel program.”

Casey Cagle, the president of the Georgia Senate who is running for governor, tweeted back that he would, “kill any tax legislation that benefits @Delta unless the company changes its position and fully reinstates its relationship with @NRA.”

Delta had been trying to get the state to pass a bill that would give it a break on sales taxes on jet fuel it buys in the state, but the Atlanta Journal-Constitution reported the state senate was blocking the bill.

New York’s Democratic lieutenant governor supported Delta’s move and suggested it could move its headquarters to the state where it might be appreciated more.

Parkland student David Hogg, who became an outspoken voice in the days that followed the incident, suggested tourists boycott Florida as a spring break destination if it doesn’t reform its gun policy. It was not immediately clear whether his suggestion had an impact or drew response from the stat’es tourism industry.

As far as gun policy, a Florida House committee quickly approved a bill that would raise the minimum age to buy a gun, require a three-day waiting period for rifle purchases and create a program that could allow some teachers to carry concealed weapons in the classroom. However, it rejected an amendment to ban weapons like the one used by Cruz.

Newsweek listed companies who were still doing business with the NRA as of February. For example, Amazon, YouTube, Apple and Roku continue to stream the NRA’s channel through their video services.