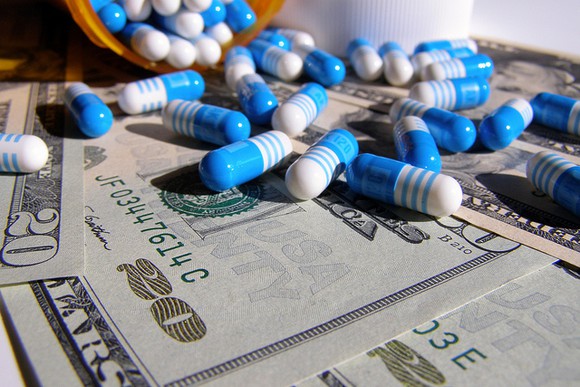 Amid all the political talk of bringing back manufacturing jobs, South Florida has scored a major victory. Canadian pharmaceutical giant Apotex is investing $184 million in Miramar to develop a new R&D center and manufacturing and packaging plant.

The deal will create 150 new full-time jobs and also brings coveted U.S. headquarter jobs for both Apotex and sister company Apobiologix, which already has a U.S. headquarters in Weston.

Apobiologix makes what are called biosimilar products, which are almost identical to products made by a different company. Apotex makes more than 300 generics and is the largest Canadian-owned pharmaceutical company.

Apotex started in 1974 with two employees and now has over 10,000 people in research, development, manufacturing and distribution facilities globally, according to its website. It has more than 3 million square feet in manufacturing and R&D facilities in Canada in Richmond Hill, Toronto, Etobicoke, Brantford, Windsor and Winnipeg.

The Miramar site will house the packaging operations of Apotex’s Aveva Drug Delivery Systems, which use transdermal technology. Construction on the building is underway and expected to be completed in early 2019.

South Florida has long been an epicenter for the transdermal pharmacy field, going back to the early 1970s when Phillip Frost’s Key Pharmaceuticals produced a skin patch with time-released nitroglycerin. These days, Noven Pharmaceuticals has the capacity to produce several hundred million transdermal patches each year at its Miami plant.

It is home to approximately 1,500 bioscience businesses and institutions that employ more than 26,000 people and generate over $4 billion in sales, according to estimates given in the press release about Apotex.

Many of the region’s universities are conducting bio research and collaborating with institutions like Scripps Research Institute-Florida in Jupiter.

South Florida’s role as a hub of the America’s also influenced Apotex’s decision to invest in Miramar.

“Expanding our footprint in the U.S. is a central component of our strategy for global growth and reflects the critical importance of the U.S. and Latin American markets to our success, as well as our confidence in the future of the American manufacturing and biopharmaceutical sector,” said Apotex CEO and President Dr. Jeremy B. Desai. “With generic and biosimilar medicines playing an increasingly vital role in reducing the cost of drugs, Apotex will continue making strategic investments in R&D and American manufacturing to deliver high-quality, affordable medicine to patients, healthcare providers and stakeholders in the U.S. and around the world.

Expansion in Canada was not feasible because U.S. regulations require controlled substances marketed in the U.S. to be made there, Desai told Genetic Engineering & Biotechnology News.

The Apotex announcement was greeted warmly by elected officials and economic development leaders.

“Over the past several years, Greater Fort Lauderdale/Broward County has worked to develop this region into the destination of choice for the most advanced companies in the biomedical field,” said Bob Swindell, president and CEO of the Greater Fort Lauderdale Alliance. “We congratulate Apotex on this bold investment and commit our ongoing support in the company’s continued growth and success.”

Broward County Mayor Barbara Sharief added, “As the home to a thriving community of innovative, purpose-driven companies and dedicated researchers, we are incredibly proud of the role that Broward County plays in supporting the development of life saving treatments for vulnerable patients throughout the world. We welcome Apotex as a new member of the Broward County family and look forward to a long and fruitful relationship.”

Miramar Mayor Wayne Messam said, “With one of the fastest growing economies in the nation, Miramar remains an attractive city for companies to grow and prosper. Our city has been intentional in attracting target market firms like Apotex. Miramar is so excited about the opportunity to partner with Apotex in their expansion. It will create hundreds of high paying jobs for our city and residents and will help to fuel an already thriving economic position for Miramar and the region.”