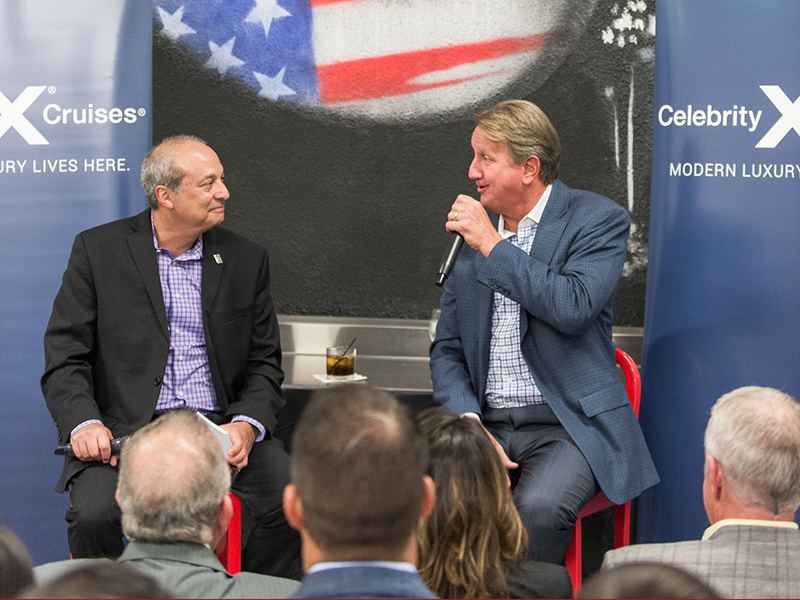 Michael T. Fay is a prominent commercial real estate leader with more than 32 years of experience. He acts as an owner advocate, realizing the full value of an asset through strategic positioning and in-depth market knowledge, while also identifying potential development opportunities that can further enhance an asset.

With an enviable depth of relationships with investors locally, nationally and internationally, Fay has been involved with more than $6.7 billion in closed transactions, specializing in capital markets, real estate owned and note sales, as well as strategy and implementation for large national corporate real estate accounts.

He’s a member of Avison Young’s Capital Markets Affinity Group and the national director for Avison Young’s Asset Resolution Team. Earlier this year, he was named a commercial real estate “Heavy Hitter” by SFBW. In 2016, Real Estate Forum Magazine named him as one of the nation’s “Top Rainmakers in Commercial Real Estate” (No. 11). He was then appointed to the NAIOP Capital Markets IV Forum, and was honored as one of Real Estate Forum’s top 10 national office brokers.

In his leisure time, Fay is an avid surfer and a nationally and world-ranked wakeboard champion. And through 2014, he has consistently placed in the top three in the veteran’s wakeboard and open wake skate divisions in the World Wakeboard Association championships. He is sponsored by Hyperlite, Spy Optic, Rockwell watches and Super Air Nautique boats.

He serves on the Ocean Reef Club’s real estate advisory committee and the Miami-Dade Community advisory board for AvMed Health Plans, and was recently appointed to the St. Thomas University board of trustees. He sits on the executive committee of the board oftTrustees for HistoryMiami and is a past chairman of the board of directors for Informed Families, and is the “Say No To Drugs” and Red Ribbon Week sponsor.

At age 24, he was the youngest member elected to the Orange Bowl Committee and continues to serve on it. He is also a board member at the McGlannan School Foundation, an accredited, research-based private school dedicated to children with dyslexia and other language-based difficulties.

Fay has a bachelor’s degree in business administration from LaGrange College and is a member of the Pi Kappa Phi fraternity.

SFBW Chairman and CEO Gary Press interviewed Fay at Shorecrest Construction’s headquarters in Miami’s Wynwood neighborhood. The following transcript has been edited for brevity and clarity.

Wakeboarding looks like a fun sport. I see there are videos of you on YouTube. Explain what wakeboarding is and how you got into it.

It’s basically snowboarding behind a boat. I got into this many years ago, and what’s funny is my body has all the scars from my back surgery, shoulder surgery I had from getting beat up from doing certain flips and jumps. I was a U.S. water skier champion back in elementary and part of high school. I saw wakeboarding as a natural progression. My wife, son and daughter all ride, and we started traveling and won a couple competitions. We became the first family of wakeboarding. We got all these sponsorships from boats, Red Bull, and were given equipment. Then we ended up building the Miami Wakeboard Cable Complex with Aktion Parks. It’s really a part of our family.

Tells us about your early life and how you got into commercial real estate.

When I was in seventh grade, a neighbor of ours from down the street got a real estate license. It was crazy. She ended up making a million-dollar sale within literally a two-week period of having her license. She made 30,000 bucks. I was thinking, you know, if she can do this, then I can do this. I had severe dyslexia and went to the McGlannan School. For me, I had a knack for remembering things, doing speeches and telling stories. So I got to tell stories, and that helped me close real estate deals.

You’ve had a long business relationship with Donna Abood. What prompted you to merge firms way back when, and what are the dynamics of that relationship?

Donna had Abood Associates in 1989, and I had a company called Wood Fay Real Estate. What was interesting, Donna and I would have lunch twice a year and we would commiserate over clients and talk about the great things that were going on. By 1999, we both were approached by large companies and we looked at our numbers and said no. By 2002, we decided to merge and we became Abood-Wood Fay Real Estate Group. Then over a five-year period, we really grew the company.

What are South Florida’s next hot neighborhoods to invest in?

I get this asked a lot by hedge fund investors, life insurance companies. It’s a tough question. In Miami, we are a very special geographic area. I don’t know of any other city in the world that is as special. It’s the sixth wealthiest city in the world. And we have all these upcoming neighborhoods, like Little Haiti, Allapattah, Edgewater, Little River and Wynwood—can you believe what’s happened here? Back in the day, people would have run from this neighborhood.

From a condo standpoint, we have hit a plateau. I think, here in Wynwood, we are in a show-me state. People want to see things coming up out of the ground, as opposed to deals flipping. So, they want to see great companies, like Shorecrest Construction, making this their home. Over in Andover in Miami Gardens, we negotiated a lease with Entercom Communications, a national radio broadcaster that locally airs the Shark and Lite FM [among others].

I think we have been in a correction for the past 12 months. There’s an uncertainty of interest rates, the political climate. I see a pullback a little bit and we are cruising along, but I think we’ll see this for another 12 to 18 months. There are still pockets that are blowing up, but that’s where we are at.

What’s the impact of Brightline on the office market?

I’ve done a lot of work with them. We really like to see the re-energizing and reactivation of all these areas along its route. I think, as a region, we’ll see a lot of connectivity and that will alleviate the perceived borders, because people can jump on the train and go from Fort Lauderdale to Miami. And when it starts running to Orlando, and possibly if they bring it to Tampa, we’ll see the state as better connected. ↵

Michael T. Fay engages the audience with one of his stories

The evening begins with a cocktail reception for about 100 guests followed by the highlight of the event, a live interview conducted by Gary Press, SFBW chairman and CEO, and a well-known C-level executive providing insight into their personal lives, careers and views on issues affecting the business community.