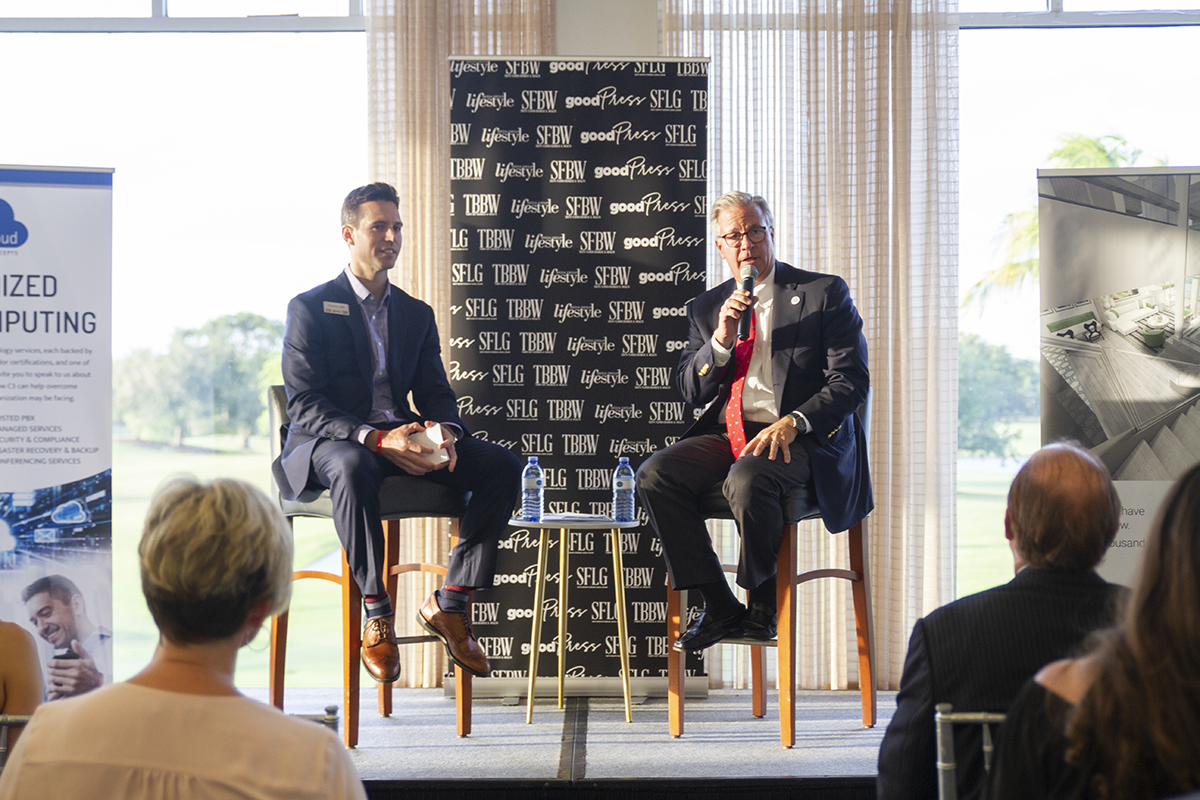 The Class Act Behind the Honda Classic

Kenneth Kennerly is executive director of the Honda Classic, and president & CEO of K2 Sports Ventures. He is a 30-year sports marketing industry veteran, having focused his career in professional athlete management, corporate consulting, and professional event development, management and ownership.

He has worked with ProServ, Advantage International (now Octagon) and Golden Bear International. He founded IGP Sports & Entertainment in 1996. In 2013, his firm was acquired by IMG Worldwide, a global leader in the sports, fashion, media and entertainment industries. From 2013-16, Kennerly was senior vice president of the North American Event division. In 2016, he created a new agency, K2 Sports Ventures.

In 2006, Kennerly was recruited by the PGA Tour to operate the Honda Classic. He moved the event to PGA National Resort in Palm Beach Gardens. The Honda Classic in 2017 boasted an increased attendance of more than 203,000 spectators, and more than $3.5 million in charitable contributions for a total of more than $16 million since the tournament moved to PGA National. These contributions are donated to more than 120 Palm Beach County children’s-related charities, including the Nicklaus Children’s Health Care Foundation as the tournament’s primary beneficiary.

Kennerly was interviewed by SFBW Associate Publisher Clayton Idle at the Falls Club of the Palm Beaches in Lake Worth. The following transcript has been edited for clarity and brevity.

You’ve had a quite an accomplished career during the last 30-plus years in the sports marketing industry. What can you tell us a little bit about the journey from graduating from college to now?

My journey, 31 years now, started in 1987 as an intern. I worked for the Chrysler Team Championship at Palm Beach Polo. As I got out of college in the mid 1980s, I had buddies going into Wall Street and medical school. I told my mom that I want nothing to do with that. There is this industry of sports marketing that is on this tremendous growth curve. Mark McCormick was starting IMG with Arnold Palmer and Gary Player.

What was a small business in the 1960s and 1970s is now a several-billion-dollar industry. It’s an exciting industry. The Honda Classic is an example of companies utilizing our brand to entertain clients. Honda is a big sponsor to grow their brand.

I’ve worked for some of the bigger agencies over the last 30 years. I’m just excited to get my entrepreneurial spirit back.

For those who aren’t familiar with the Honda Classic, could you please give a quick overview of how it fits in with PGA Tour events, and how it’s structured?

The PGA Tour started in 1969. How many people know that every event on the PGA tour is a 501(c)(3) charity? [About a quarter of the audience raises its hands.] Everything we do on a day-to-day basis is about raising money. That’s what really drives us.

The PGA Tour is a business entity. It’s like we have the franchise in Palm Beach County for the PGA Tour. When we took over the event, the PGA Tour was looking for a new 501(c)(3) partner. We brought in the Nicklaus family—Jack and Barbara are co-chairs. It’s about a $20 million business annually, doing business as Honda Classic Cares. The purse is about $6.8 million. At the end of the day our profit goes to charity.

What was your vision when you took over?

It’s all about fans first. When we brought the event from the Country Club at Mirasol to PGA National, we wanted it to be more than a golf tournament. We’ve got some of the best players in the world that are applying, but, at the end of the day, it’s about creating an environment for people of all ages to enjoy the experience. There are networking experiences, B2B [business to business]. People have said they see everybody they need to see in that one week of the year and will be there for two or three days.

When Jack Nicklaus redesigned PGA National and created The Bear Trap [the nickname for the demanding 15th, 16th and 17th holes], I knew we wanted to create energy. We had the 18th hole covered and then Bear Trap. For those of you have been to The Bear Trap, it’s exciting. It’s about creating fun. We have fireworks on Friday and Saturday night. We are fortunate to have created this fun business model, and people are really buying in to it. You can spend $60 on admission and there are 18 places around the golf course you can come and enjoy the Honda Classic.

How big of an economic impact does it have?

Last year’s economic impact from the tournament was $58 million, as measured by an outside firm. That doesn’t catch the value that Palm Beach Country gets through television on NBC and the Golf Channel. We have 3½ minutes of in-broadcast exposure for Palm Beach County and Palm Beach Gardens.

What can you tell us about the children’s charities that have benefitted from the Honda Classic?

Last year, we put $4.55 million into the community. It’s a big number, but it gets weeded down pretty quickly because we have over 100 charities. There’s a disconnect when someone gets a check for a $1.2 million on the 18th green and [the charity aspect] doesn’t register. We’re trying to hammer home the fact that we are about charity.

How do you keep golf relevant for the millennial generation?

There are 6 million millennials that play golf, according to the National Golf Foundation. There is a pretty good business model out there, called Top Golf and Drive Shack. It could be the most important model. I grew up in Manhattan and Putt-Putt Golf was my introduction, and then hitting on a range. Top Golf and Drive Shack are bringing in people who aren’t golfers. They have food and beverage and it’s a great place to go. You get hooked. We only need 10 percent of these people to become golfers and we grow.

We have a program called Inside the Ropes, which are the people carrying the scorecards. Inside the Ropes is like being on the sideline at an NFL game or courtside with the NBA. When I put young people inside the ropes, they get energized. I had parents of boys and girls come back to me, saying that when they left the Honda Classic after that experience, they’ve gone home and had a blast with a ball and club at home.

This is not the stodgy white man’s game anymore. This is a game for the masses.

How is technology disrupting your field, and what innovations have you adopted?

The business model is changing. We moved a lot of our traditional spending to the digital space. The PGA Tour is ramping that up as well. We had a social media influencer with 1.5 million followers. Then we get Rory McIlroy tweeting. We live-streamed three days of the Honda Classic, Outside the Ropes. (We can’t do Inside the Ropes because they are owned by the broadcasting elements.) We can show the fun of The Bear Trap, the Champagne lounge and the fireworks. We had a production crew with three or four people with live-stream backpacks.

What made you decide to acquire the marathon, and how will you better position it?

The model is somewhat similar, but different. It was conceived by the Chamber of Commerce of the Palm Beaches in 2004 and it was sold a few times. We have to create more than just the race. We created the Bill Bone 5K and fireworks on Friday night. Last year, we had a concert on Saturday night. We are trying to create a reason for people to come to Palm Beach County—more people flying to Palm Beach County.

In the marathon world, you have the costs that are relatively fixed. We have to get more runners to be more viable. We want to make more of a charitable initiative. This will be year three, and we are going to come up with new ideas. When you are running along the Intracoastal Waterway in December, it’s pretty good.

I got into sports marketing business because I want to do something different and unique. With this industry that we’re in, we can create a new offering, such as the Kentucky Bourbon Trail. We put Lilly Pulitzer out there. In the sports marketing world, if we can create a model that someone buys into, we can sell it. I’m not the hamster on the wheel, doing the same thing every day. ♦