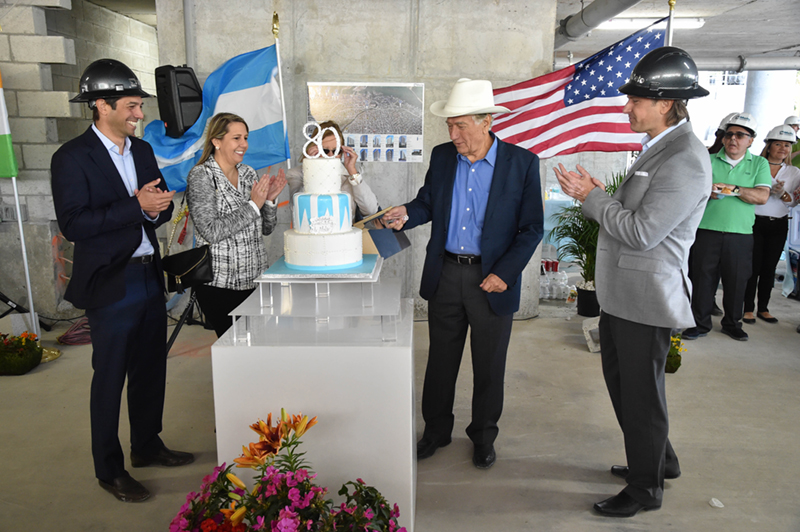 ► “Magique—Experience the Illusion” runs through May at the Faena Theater.

► Mixed-use building Giralda Place topped off in Coral Gables and is expected for completion in early 2018.

► On March 18, Dezer Development’s hosted a grand opening with a fireworks display and a performance by Alicia Keys for its Porsche Design Tower, a 60-story residential tower equipped with an automobile elevator-lift-system in Sunny Isles Beach. Its penthouse sold for $25 million within two weeks of its opening.

► Spain’s Cosentino Group, a producer and distributor of natural stone and architectural surfaces, will move its corporate operations and U.S. headquarters from Houston to Coral Gables.

► Developer Moishe Mana will break ground in mid-2018 on his Mana Wynwood Americas-Asia Trade Center and International Financial Center, which will include office space, hotels, and retail.

► Aventura Mall is expanding in November with a three-level, 315,000-square-foot wing that will include a rooftop VIP lounge.

► Coconut Grove Playhouse will get an overhaul with a $20 million renovation project.

► In fall 2018, Urban Atlantic Group and Oak Ventures are anticipated to complete Arbor Residences, a 52-unit condominium in Coconut Grove located behind CocoWalk.

► Melo Group recently celebrated the 80th birthday of its president and patriarch, Jose Luis Melo, with hundreds of construction workers in attendance.