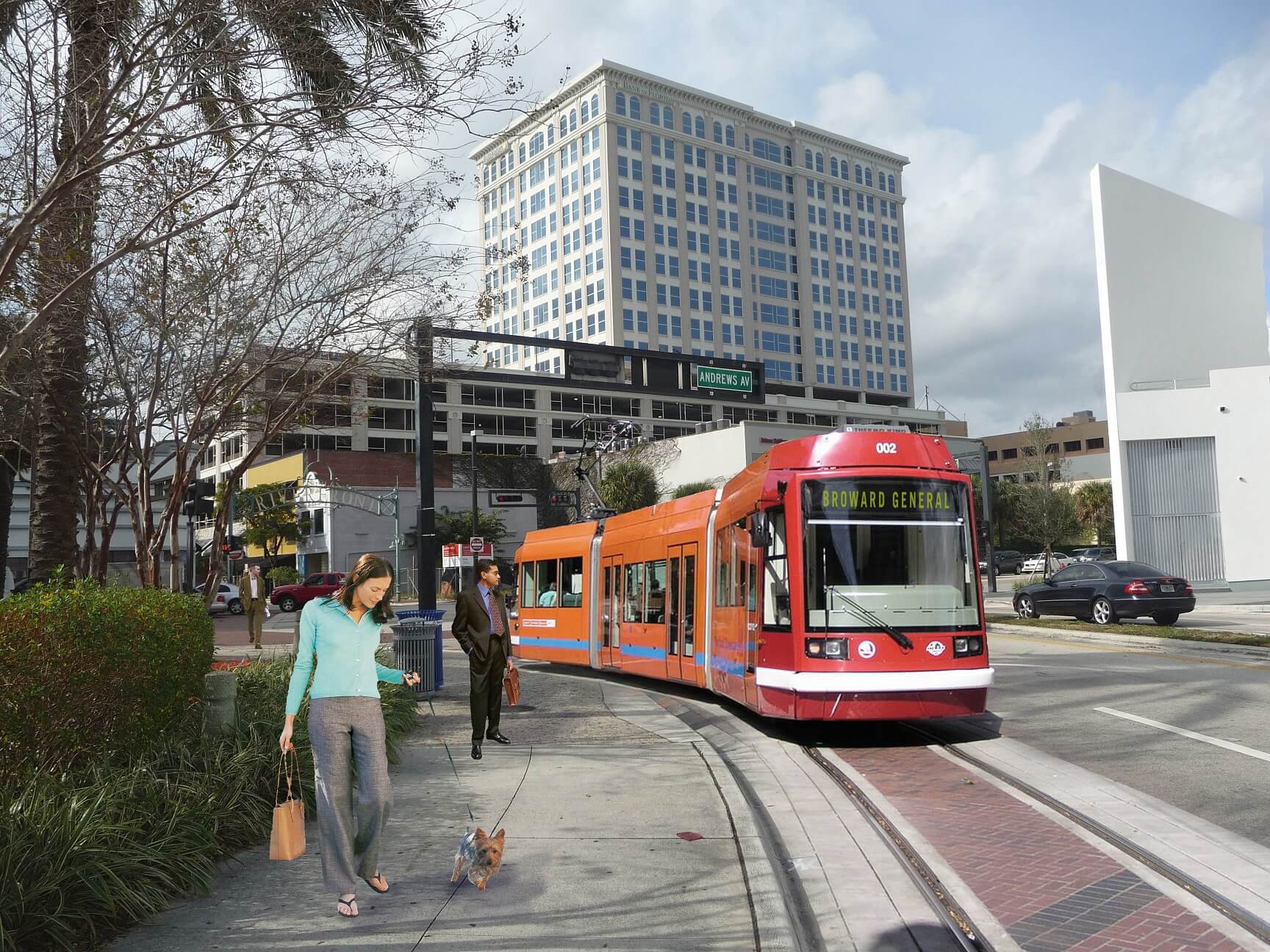 Plans for the Wave Streetcar might be on life support amid cost overruns, growing public opposition and lack of support from Fort Lauderdale’s mayoral candidates. There’s even an anti-Wave rally scheduled at 6 p.m. on Feb. 6.

The nearly 3-mile system in downtown Fort Lauderdale was envisioned to originally cost $142 million, but bids presented last fall indicated the price could hit $270 million. The state plans to seek new bids by tweaking some of the components to lower the cost.

The Wave squeaked by in a 5-4 vote by the Broward County commission in late January, but the commission wanted to make sure the city and Downtown Development Authority still support the project.

On Friday, the DDA still showed strong support with all five board members present at the meeting voting in favor of continuing.

The bigger problem is that all of the Fort Lauderdale mayor candidates have opposed the project. The race is now down to two candidates, Commissioner Dean Trantalis, who signed a pledge to derail the Wave at the first commission meeting after the election, and Vice Mayor Bruce Roberts, who didn’t sign the pledge but says he opposes the Wave.

Public concern have included dislike of the planned overhead wires to power it, questioning whether it will really help the city’s traffic, noting the relatively small area it will service and contending it might be technologically obsolete when completed.

Opponents are taking out full page ads in the Sun Sentinel, which question its financial feasibility.

“The City and County taxpayers will be responsible for the overruns and a survey of 9 recently completed systems revealed average overruns of over 80%. Six recent systems had ridership projection shortfalls averaging 45%,” the ad states.

Proponents say prospects of the Wave are already spurring economic development, and is it is a key part of solving the city’s traffic woes. It could also be the foundation for a more countywide solution.

Opponents were planning the rally at the city commission meeting at 6 p.m. on Feb 6. As outlined on wavegoodbye.net, they are trying to flip one of three city commissioners supporting the project: Mayor Jack Seiler, Romney Rogers and Robert McKenzie. However, I couldn’t find any item about the Wave on the Feb. 6 city commission agenda when I checked on Monday.

Seiler, who is term limited, wrote an opinion piece for the Feb. 5 Sun Sentinel that was supportive of the project.

“At its core, the Wave is a key investment in the future of Fort Lauderdale, Broward County, and South Florida. It will provide enhanced mobility and connectivity, create jobs, stimulate economic development, and promote long-term sustainability by offering residents and visitors a quick, convenient, and environmentally-friendly public transportation alternative,” Seiler wrote.

Seiler contends that millions in state funding ($52.6 million) and federal funding ($82.7 million) took years to obtain and the city could face tight purse strings on other projects if the Wave is abandoned.