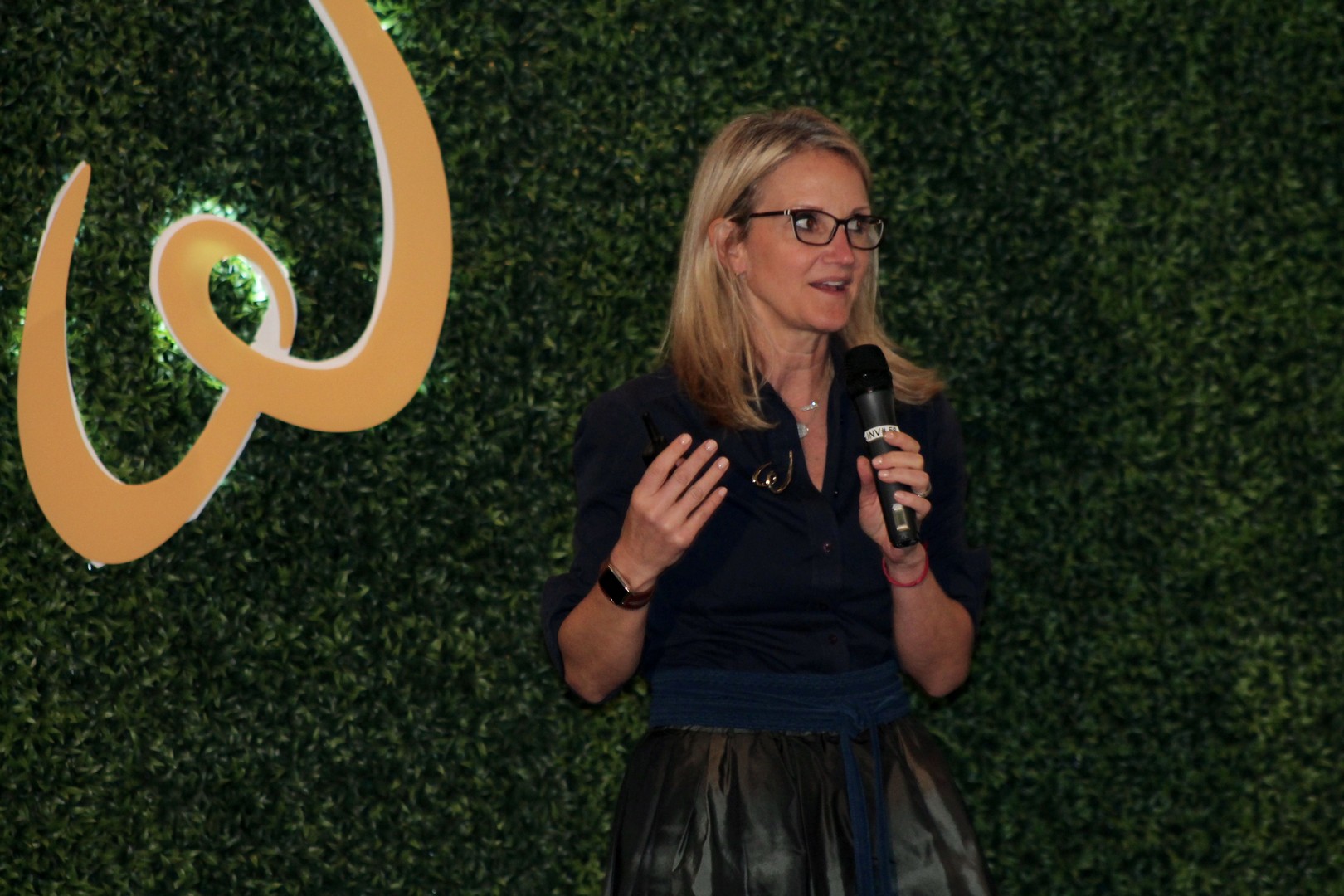 Why Donald Trump invited his interviewer into the bathroom

Motivational speaker Mel Robbins is known for appearances on CNN, but getting into the field was a total fluke. She also had an embarrassing moment with Donald Trump when he was her first big interview.

Speaking at the United Way’s Magnolia Luncheon at the Hyatt Pier Sixty-Six Resort, Robbins told how she was working as an executive coach when she saw an email from a friend about a journalist looking to talk to executive coaches. It was a month old and Robbins said she didn’t have the certifications, industry clients or geographic area the reporter was seeking.

“I thought, ‘What the hell,’ and I hit reply and she called me the next day,” Robbins said. Robbins didn’t get the landslide of clients she expected, but it led to her getting a deal with ABC to do celebrity interviews.

She was escorted into Donald Trump’s office and he comes marching by brusquely and is told it was time to do the interview with Mel Robbins.

Robbins said she actually ended up having a delightful conversation. “Who he is on television is exactly what he’s like in life,” she says.

She didn’t know quite how to react when he told her she needed to see something in his bathroom.

“What’s in your bathroom?” she asked.

“Your false eyelash has come off and it’s attached to your forehead,” Trump told her.

As the Pier Sixty-Six audience howls with laughter, Robbins says, “It was like a tarantula.”

Robbins, who was interviewed in the April issue of SFBW, is known for the five-second rule, which says the lack of action in five seconds leads to inaction.

She said she discovered it during a frustrating period of her life when her husband’s second restaurant had gone out of business. She would hit the snooze alarm to the point that her kids would miss the school bus. She also suffered from post partum depression and was on Zoloft for 20 years starting at around age 19.

She saw a rocket on a TV commercial and that inspired her to think, “I’m going to launch myself out of bed tomorrow morning like a rocket.”

If you want to know the secret of success in life, it’s pretty simple Robbins says: Just push yourself.

Ways a Donald Trump presidency could affect your wallet

A Q&A with Donald Trump about doing business in Florida

A profile of Ivanka Trump