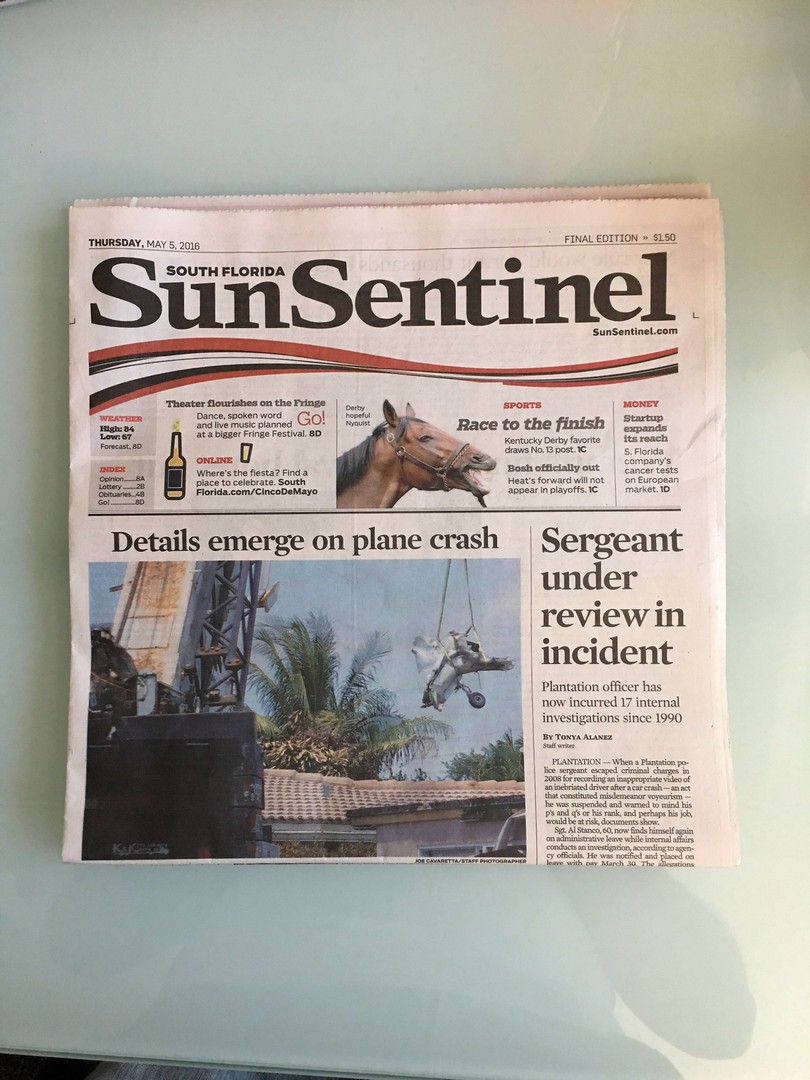 The Decline and Fall of Sun Sentinel Owner Tribune Publishing

Gannett’s hostile bid to take over the parent of the South Florida Sun Sentinel is the latest chapter in a long slide.

My perspective partially comes from joining the newspaper in 1984 on the business new desk. I had a great 15-year run that culminated with being business editor for nearly five years.

The Sun Sentinel used to be one of the most profitable businesses in South Florida. The chairman of Tribune Co., based in Chicago, would visit and call the newspaper the jewel in the crown of Tribune. No surprise, since the Sun Sentinel, with its fat classified advertising section, was making more than $100 million a year in pre-tax profits during its peak years.

I was there when the first cracks started appearing. The internet started to emerge and before I left in 1998 there were signs of circulation softening. Since a lot of my retirement was tied up in Tribune company stock, I was very concerned.

I left to become editor of the South Florida Business Journal with Publisher Gary Press, who I reunited with about three years ago to launch SFBW. I sold all my Tribune shares.

The most crucial event after I left the Sun Sentinel occurred in 2007 when real estate guru Sam Zell took Tribune private in a $8.2 billion buyout that was heavily leveraged with debt.

Zell thought he could bring innovation and turn things around. That didn’t happen. The recession, heavy debt load and changing advertising patterns (such as Craigslist decimating classified ads) ended up putting Tribune in bankruptcy.

After the bankruptcy, a public company re-emerged. Tribune Publishing (NYSE: TPUB) was spun off and didn’t even get to keep the real estate associated with its newspapers, such as the iconic gothic Tribune Tower on Michigan Avenue in Chicago or the home of the Los Angeles Times. These valuable assets stayed with Tribune Media (NYSE: TRCO), which this week announced the sale of the Sun Sentinel’s printing plant for $25.5 million. (The newspaper has a long-term lease.)

Gannett jumped in with a takeover offer that was not supported by TPUB management. The latest news is the board has hired an investment banker to study the offer of $12.25 a share and assumption of $390 million in debt. TPUB has jumped to $11 a share.

Gannett has a reputation of running a pretty tight ship so this could be another watershed for the journalists left at Tribune’s newspapers, which have seen round after round of cuts since I left.

In a move that goes against the journalistic tide for the last few decades, TPUB is actually planning to open seven international bureaus in Hong Kong, Seoul, Mexico, Moscow, Rio de Janeiro, Lagos, and Mumbai to help position the Los Angeles Times as more of a global newspaper. Enhancing the Times and improving digital advertising operations are being positioned as a strategy to improve the value of the company and a reason to reject Gannett’s offer.

A Tribune story on Money.CNN.Com website has media observers saying Gannett would likely go the opposite way – further gutting news staffing and using the “one-size-fits-all” supplement of national and international news used by its 100 newspapers.

So is this the final slide? Coverage of the takeover move indicates TPUB will have to find a compelling reason to reject Gannett’s offer. There’s a reason: The board has a fiduciary duty to shareholders – not readers.

Here’s another take on the situation by SFBW Gambling columnist Nick Sortal.