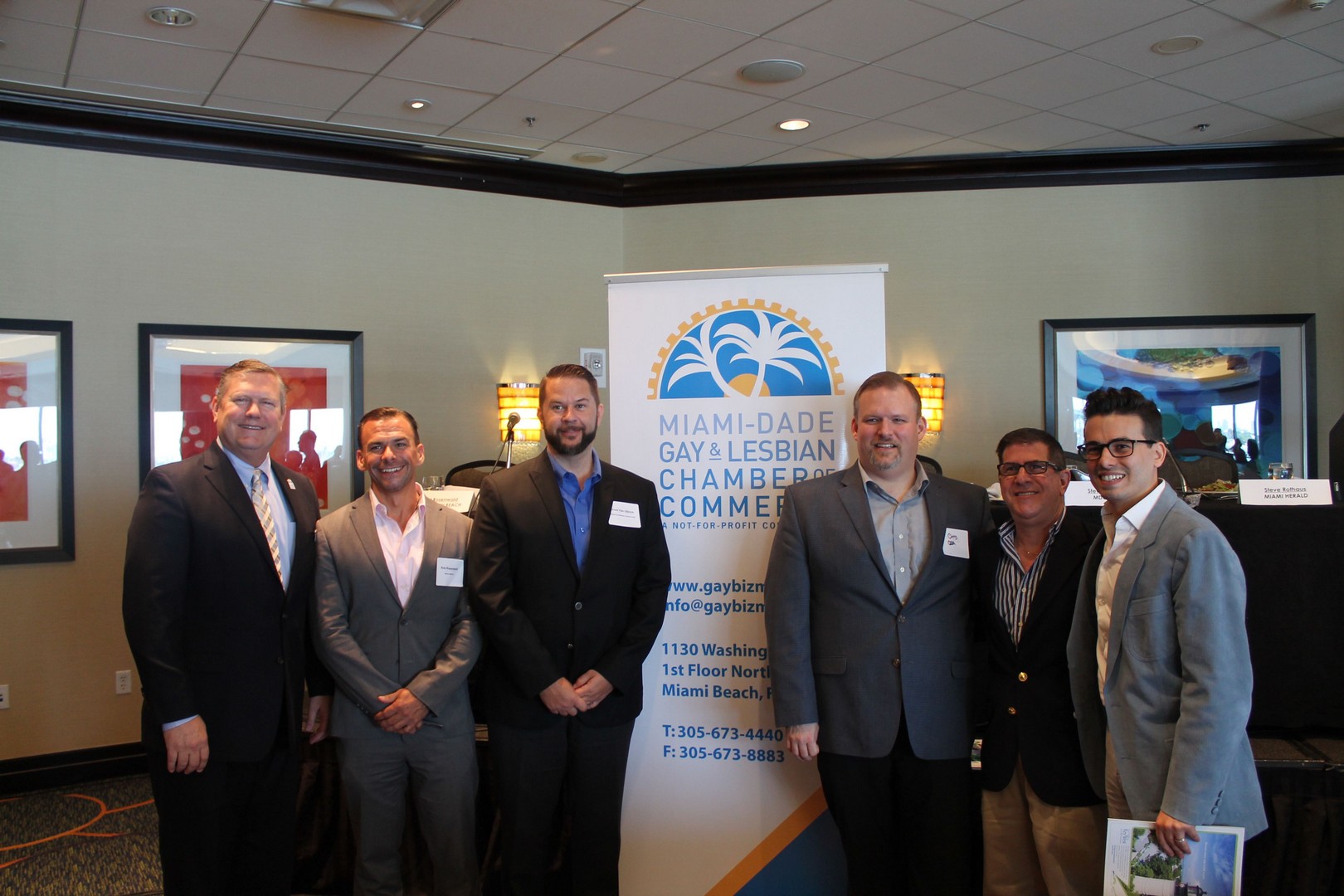 The Greater Miami-Dade Gay and Lesbian Chamber of Commerce April 26 luncheon about diversity symbolized how much more open society is this days, but in the words of President Steve Adkins there is still a ways to go.

The luncheon featured panelists from the city of Miami Beach, the CIA, Florida Power & Light and Royal Caribbean Cruises Ltd., which is one sign of how the world of government and business is embracing diversity to not only support their LGBTQ employees, but to ensure customers of all orientations are comfortable doing business with them.

Adkins talked about how it wasn’t always that way. The chamber grew out of something called the Miami Network, which he described as an underground group of gay people that meets at private residences out of concern members could be outed if meetings were held at a public venue. The group still exists and meets the same way.

There are presidents of very prominent organizations in Miami-Dade who keep their sexual orientations quiet, Adkins said. “They are still not comfortable being out in the workforce. We still have work to do.”

Panelist Cris Courtemanche of the CIA, which had a recruiting table at the event, says some veteran members of the agency still are leery about being out at work after spending decades in an environment where you could be fired for being out of the closet. Courtemanche has spent 21 years at the agency in six different HR roles and is currently conducting LGBTQ outreach.

It was also reported earlier this year that the CIA has embraced transgendered people for diversity. Courtemanche says he knows of at least one transgendered employee who is an expert on Syria. Given all the problems in the country, the staffer is a crucial member of the organization and does a lot of senior level briefings.